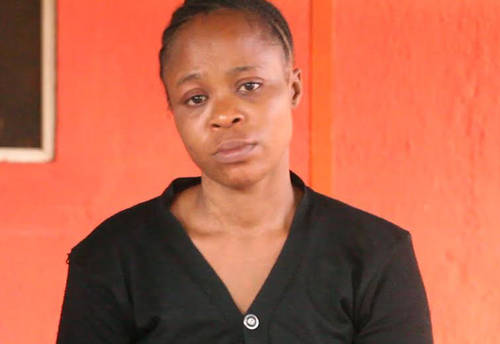 A private medical facility in Lagos, Samaria Hospital, is allegedly keeping a woman hostage over her failure to finish paying up her medical bills.

According to Sahara Reporters, the woman, Jessica Ugwuoke, has been prevented from leaving the hospital since August 12, and has been chained to a urinal pipe to prevent her from escaping.

Ugwuoke was transferred from a maternity clinic to Samaria Hospital, which is located on Kudaki Road near Hostel bus stop in Egbe, Lagos State. The patient’s husband, Tochukwu Ugwuoke, was asked to pay N30,000 for blood transfusion into his wife, reported to have lost a lot of blood during labour. The couple’s baby died.

After the loss of her child, Ugwuoke has been detained by the hospital for failure to pay the hospital’s bills, which came to N285,000. The detained patient told a correspondent of SaharaReporters that the couple was not informed of the cost of the Caesarean section until after the surgery.

According to her, one Dr. Clem ordered that she be denied a hospital bed and refused her further treatment after her surgery because she and her husband could not pay the amount of the bill.

“The day they discharged me from the bed, Dr. Clem asked me to tell my husband to bring his money even if he [my husband] has to steal,” the woman said. “I have been lying down on the passageway,” Ugwuoke added.

Jessica is calling on the Lagos State government to rescue her from captivity in the hospital.

LASTMA Reportedly Plans to Arrest Traffic Offenders in their Homes