South African Stars are Fab Too! Scoop from the Premiere of ‘Tell Me Sweet Something’ in Joburg 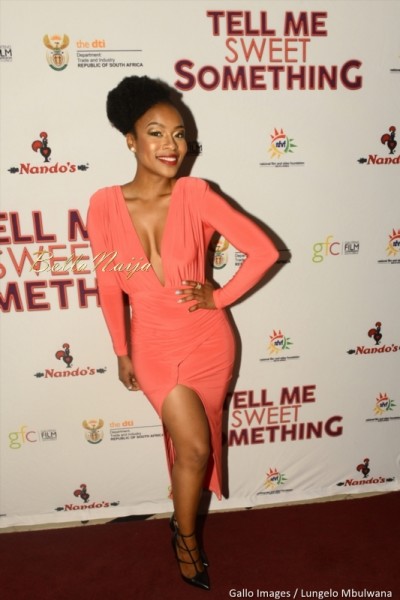 The movie ‘Tell Me Sweet Something’ is a romantic comedy starring Nomzamo Mbatha, Maps ‘Masego’ Maponyane, Kagiso Lediga, Thomas Gumede, Thembi Seete, Thishiwe Ziqubu and more and it is set to hit the cinemas in a few days (September 4).

“Tell Me Sweet Something” tells the story of Moratiwa (Mbatha), an aspiring novelist with writer’s block. She hasn’t had much luck with love ever since her ex-boyfriend Norman went out to buy milk and never came back. Tired of having a recluse as a best friend, Tashaka (Ziqubu) convinces her to party up a storm at a new club in the city; it is here that she meets South Africa’s no.1 celebrity model Nat Masilo (Maponyane) or as she nicknames him “The 45 Foot Man” on account of a huge billboard in which he features (in)conveniently situated directly opposite her bookshop.

The premiere for the movie ‘Tell Me Sweet Something’, directed by Akin Omotoso, held on Saturday (August 26) at The Zone Ster Kinekor in Johannesburg, South Africa.

The film was inspired by Akin Omotoso’s love of love songs, the film Love Jones and his desire to tell a story that celebrates love in the city he loves- Johannesburg.

See photos from the premiere below. 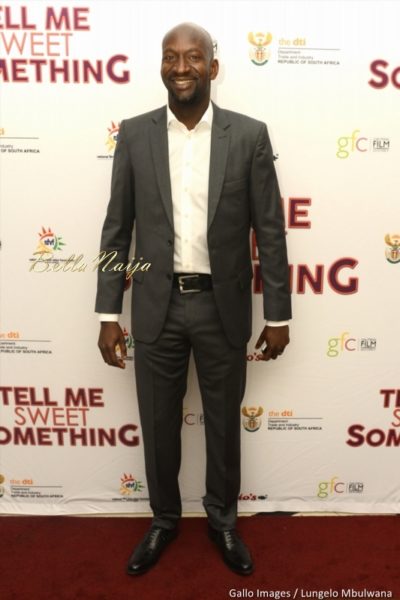 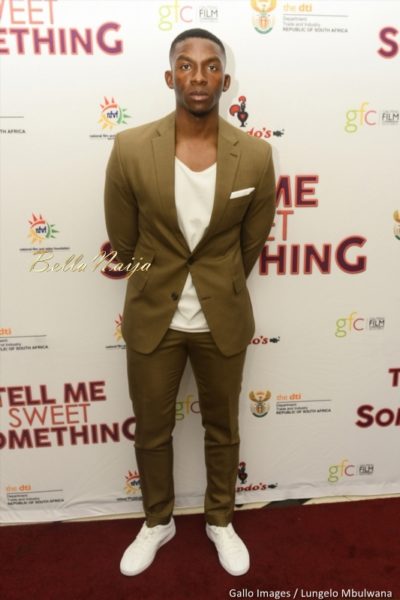 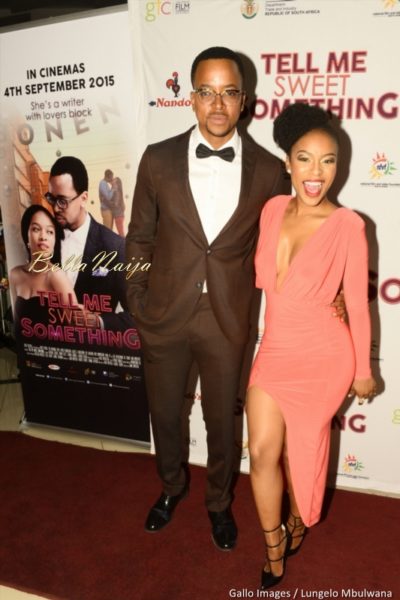 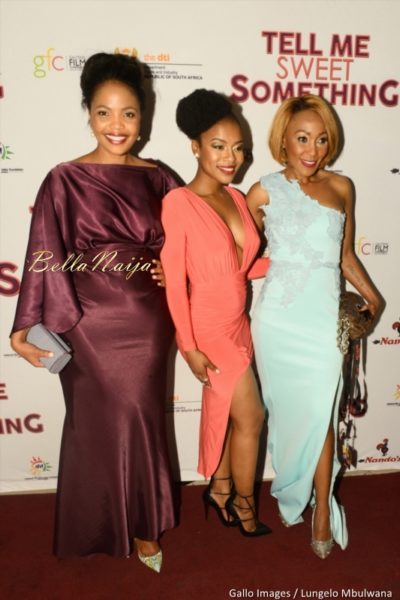 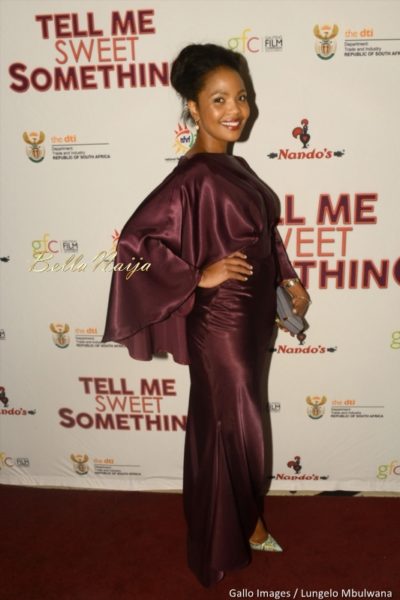 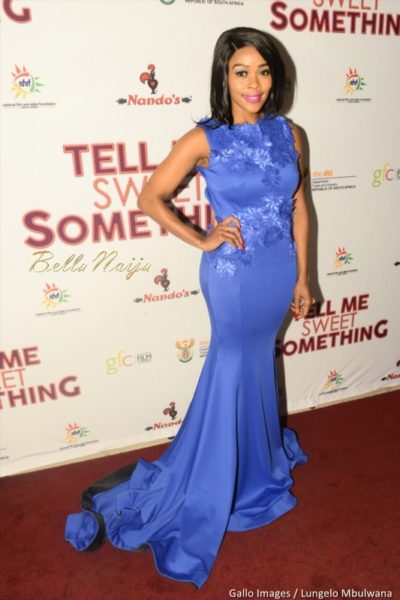 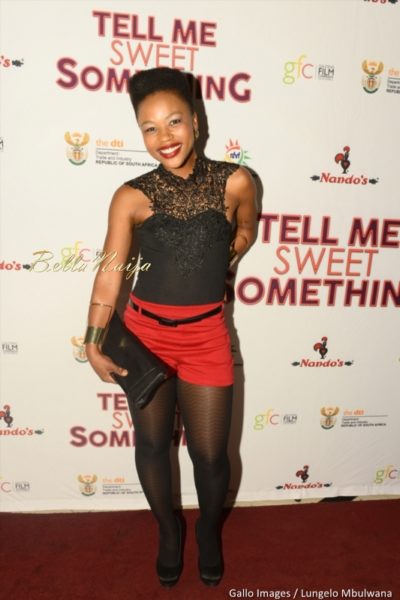 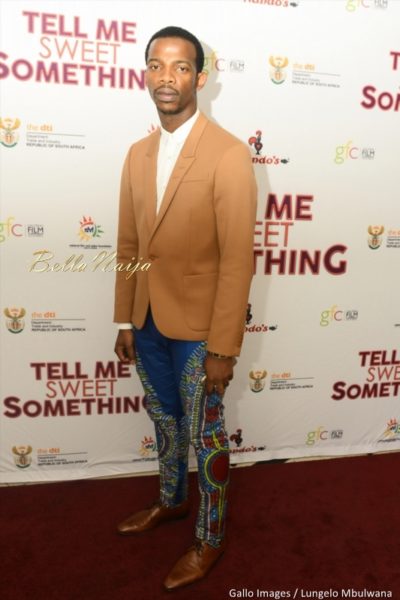 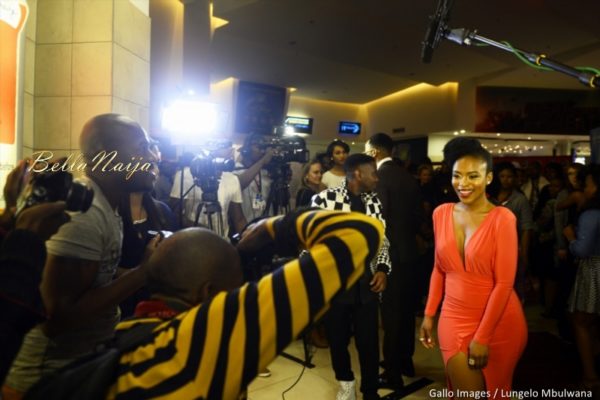