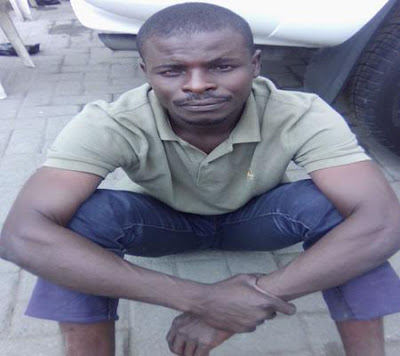 An individual named, Abdullahi Adamu, who is suspected to be a Boko Haram member, has been arrested in the Ijora area of Lagos State.

Residents in the area are said to have tipped off the police, leading to Adamu’s arrest, Daily Post reports.

Adamu is said to have hidden some devices suspected to be explosives in boxes and concealed them in the ceiling of the house. Two AK47 rifles were also recovered. Some Iranians are said to be linked to a terror network associated with Boko Haram, and Adamu is said to be a part of the network.

“We have been calling on the state government to do something about this. This is the second time we will arrest Boko Haram suspects in this community and nothing has been done on that. The one we caught now had even admitted that he is a terrorist. You know that majority of the northerners in Lagos live in Ijora, Agege and Badia.”

“People came to me that they saw one man on the internet and that he is a member of Boko Haram, saying they know where he lives. They said they are going to his house and identify him. They arrested him and handed him to Oba of Ojora.”