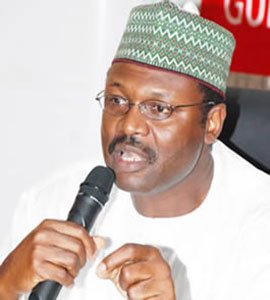 Prof. Yakubu’s appointed was confirmed at the emergency Council of State meeting held today by the President Buhari.

A Professor of Political History and International Studies. Yakubu is an Expert in Guerrilla Warfare, Terrorism and Counter Terrorism. He also teaches War and Society in Pre Colonial Africa at the Nigerian Defence Academy (NDA).

Governor Aminu Tambuwal of Sokoto State briefed journalists after the meeting, said the appointment of the new INEC boss was aligned with relevant provisions of the 1999 Constitution and in consultation with the Council of State.

Acting chairman of the Commission, Amina Zakari is now the INEC Commissioner representing the North-West.