Modern Family actor Reid Ewing (plays the role of Dylan) got his very first surgery at 19 because he was convinced that one procedure could make him look like Brad Pitt.

He soon discovered that he had Body Dysmorphic Disorder – a mental illness in which a person obsesses over the way he or she looks. 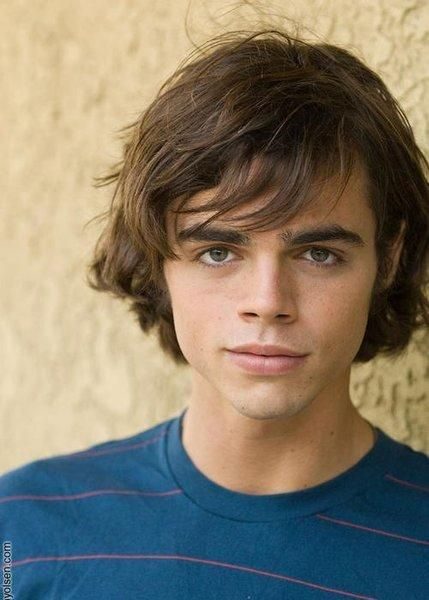 Reid Ewing Before the Surgeries 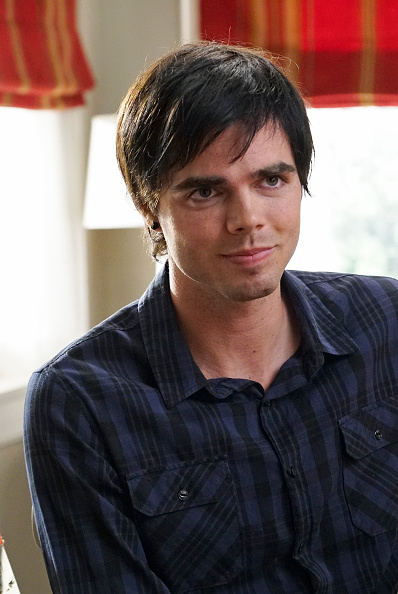 The 27-year-old actor wrote an open letter to his fans through Huffington Post where he admits that he has had countless number of surgeries because there was always something to correct after each new surgery.

Read his letter below.

Body dysmorphic disorder is a mental illness in which a person obsesses over the way he or she looks. In my case, my looks were the only thing that mattered to me. I had just moved to LA to become an actor and had very few, if any, friends. I’d sit alone in my apartment and take pictures of myself from every angle, analyzing every feature.

After a few years of doing this, one day I decided I had to get cosmetic surgery. “No one is allowed to be this ugly,” I thought. “It’s unacceptable.”

In 2008, when I was 19 years old, I made my first appointment to meet with a cosmetic surgeon. I genuinely believed if I had one procedure I would suddenly look like Brad Pitt.

I told the doctor why I felt my face needed cosmetic surgery and told him I was an actor. He agreed that for my career it would be necessary to get cosmetic surgery. He quickly determined that large cheek implants would address the issues I had with my face, and a few weeks later I was on the operating table. He spoke with me before I went under, but he wasn’t the same empathetic person I met with during the consultation. He was curt and uninterested in my worries, making small talk with his staff as I lost consciousness.

I woke up screaming my head off from pain, with tears streaming down my face. The doctor kept telling me to calm down, but I couldn’t. I couldn’t do anything but scream, while he and his staff tried seemingly to hold back their laughter.

Something I was not told ahead of time was that I would have to wear a full facial mask for two weeks. Afraid someone would find out I had work done, I took my dog and some supplies, left Los Angeles, and headed to Joshua Tree. I got lost on the way and stopped at a gas station in the middle of the night. It was closed, but I saw someone inside. Knowing I looked strange, I gently knocked on the store window trying to look as unthreatening as possible. When the man saw me, he drew back in terror. He immediately grabbed the phone to call the police (at least that’s what I assumed). I ran back to my car and drove off.

For the next two weeks, I stayed at a hotel doped up on hydrocodone. When the time came to take off the bandages, it was nothing like I had expected. My face was so impossibly swollen, there was no way I could make any excuse for it. So I planned to hide out in my apartment in LA for another week until the swelling was less dramatic.

On the way home, a cop pulled me over for a broken tail light. When she came to the window, we stared at one another in bewilderment. She asked what happened to my face, and I said I had been in a car accident. She went back to her car and got a Polaroid camera and took a picture of me. She let me off without saying much else, but I couldn’t help imagining she would show the picture off back at the station, and that one day it would surface and ruin me.

After all the swelling finally went down, the results were horrendous. The lower half of my cheeks were as hollow as a corpse’s, which, I know, is the opposite of what you’d expect, as they are called cheek implants. They would be more aptly called cheekbone implants.

I went back to the doctor several times in a frenzy, but he kept refusing to operate on me for another six months, saying I would eventually get used to the change. I couldn’t let anyone see me like this, so I stayed in complete isolation. When I went out, people on the street would stare at me, and when I visited my parents they thought I had contracted some illness.

Unable to take this state of living, I began to seek out another doctor. The next one I found was even less qualified, but I didn’t care; I just wanted out of my situation. I told him my story, and he suggested I get a chin implant. I asked if it would repair my sunken-in face, and he said I would be so happy with my looks it wouldn’t matter to me. The same day he brought me into his back office and operated on me.

Like before, I went into hiding post-surgery. Only a few days passed when I noticed I could move the chin implant under my skin, easily moving it from one side of my face to another. I rushed back to the surgeon, and acknowledging he had made a mistake, he operated on me again. After the surgery, he waited with me while the anesthesia wore off so I could drive home. We had a heart-to-heart conversation, and he shared that it had been difficult to keep his practice open with the two lawsuits he was currently fighting.

At this point I was 20 years old. For the next couple of years, I would get several more procedures with two other doctors. Each procedure would cause a new problem that I would have to fix with another procedure. Anyone who has had a run-in with bad cosmetic surgery knows this is true. In terms of where I got the money to fund my procedures, it may not be as expensive as you would think. The new business model for cosmetic surgeons is to charge less and get more people in and out. I used the money I saved from acting and then borrowed from my parents and grandmother when I was most desperate.

Much of this was going on during the same time period I was shooting “Modern Family.” Most of the times I was on camera were when I’d had the numerous implants removed and was experimenting with less-noticeable changes to my face, like injectable fillers and fat transfers. None of them last very long or are worth the money.

At the beginning of 2012, all the isolation, secrecy, depression, and self-hate became too much to bear. I vowed I would never get cosmetic surgery again even though I was still deeply insecure about my looks. It took me about six months before I was comfortable with people even looking at me.

Of the four doctors who worked on me, not one had mental health screenings in place for their patients, except for asking if I had a history of depression, which I said I did, and that was that. My history with eating disorders and the cases of obsessive compulsive disorder in my family never came up. None of the doctors suggested I consult a psychologist for what was clearly a psychological issue rather than a cosmetic one or warn me about the potential for addiction.

People with body dysmorphic disorder often become addicted to cosmetic surgery. Gambling with your looks, paired with all the pain meds doctors load you up on, make it a highly addictive experience. It’s a problem that is rarely taken seriously because of the public shaming of those who have had work done. The secrecy that surrounds cosmetic surgery keeps the unethical work practiced by many of these doctors from ever coming to light. I think people often choose cosmetic surgery in order to be accepted, but it usually leaves them feeling even more like an outsider. We don’t hear enough stories about cosmetic surgery from this perspective.

Not long after I had decided to stop getting surgeries, I saw the first doctor I met with on a talk show and then in a magazine article, giving tips on getting cosmetic surgery. Well, this is written to counter his influence. Before seeking to change your face, you should question whether it is your mind that needs fixing.

Plastic surgery is not always a bad thing. It often helps people who actually need it for serious cases, but it’s a horrible hobby, and it will eat away at you until you have lost all self-esteem and joy. I wish I could go back and undo all the surgeries. Now I can see that I was fine to begin with and didn’t need the surgeries after all.

Episode 3 of ‘Segun Gele Uncensored’ is Here! Watch him talk about “Monster-In-Laws”