Busola Adedire: Your Parents, Their Prejudices & Your Relationship 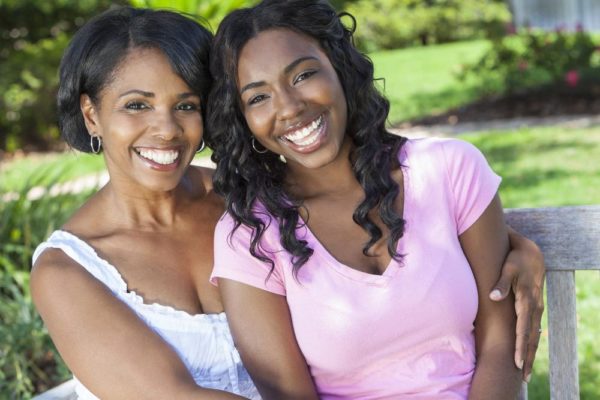 In my last article, we discussed arranged marriages, classism, and the role of parental consent in a marital choices {click here if you missed it}which leads me to today’s topic of parental prejudices in marital consent. You see, my grandmother is 81 and every time we speak on the phone the conversation ends with something along the lines of ‘ma fe Igbo, ma fe oyinbo oh’, meaning ‘Don’t marry an Igbo man, Don’t marry a ‘white’ man oh’ which right after . I love my family to pieces and I would do anything for them but when it comes to choosing your family and your happiness I often wonder where to place the limits? It is very blurry! Now before anybody accuses my family members of racial and tribal prejudices, I know it is wrong and I uphold a different opinion but many of our old generation parents’ fall into this category no matter how educated they are. There are also arguments of wanting to preserve the cultural heritage, to language barriers and other baseless stereotypes and generalisations that have infiltrated our minds about other cultures.

My first crush in Secondary School was an Igbo boy. Often, my mother would also give me that disapproving look of ‘you are just deceiving yourself’ whenever she questions who I’m talking to on the phone. Then, I really liked this boy and I was more than convinced I would have to put up a fight my parents if need be to marry this boy.

I like to think there are levels to this issue of parental discrimination and consent. While I can possibly get away with choices outside my race and ethnicity, I cannot predict the same outcome for someone outside my faith. Infact, I don’t have to question it, I just know not to fall in love with my eyes closed.

Tackling such parental prejudice is very difficult as it is one of those cases of being between a rock and a hard place… especially where feelings are involved. And we all know that ‘love’ is a scarce commodity in today’s market, so what exactly are your choices? Concur? Elope? Or be disowned? I asked my brother about this hypothetical situation and he says he would not elope with a lover. He further adds that you can only elope when you are 100 percent certain with your choice. But, there are no guarantees with love. We can only hope that we figure it out somehow till end. I share a similar opinion too. I would not tell my parents ‘go to hell’ with my attitude over their biases. I would defend my truth within reason, and put up a good fight for it till they concede.

A friend’s argument as we discussed a certain Caucasian guy was justified by the Christian faith. A section in the Bible had written that Abraham ‘specifically’ instructed his servant to go to his home town and choose a wife for his son, Isaac. In his words, ‘there is a reason these stories were told, therefore it is still applicable today’. I also stumbled on an interesting Bible verse that says “So then he that giveth her in marriage doeth well; but he that giveth her not in marriage doeth better.“

It was quite difficult for me to understand, but Bible scholars say it means that it is the father’s duty to have the final say whom his sons and daughters may or may not marry. This shares a similarity with the Muslim faith as I read here: that it is not permissible for a man to marry a woman without the permission of her parents/guardians. Till date, there is still a massive overlap in what we accept as religious and what stands as cultural, and in a subject as sensitive as marriage, the interplay between both ideals is obvious.

Prejudice is something we learn in different ways particularly within the context of intimacy – family relationships are intimate relationships and most children feel an obligation of loyalty to uphold parental beliefs. Conversely, such biased beliefs does not make people inherently bad but life experiences and cultural ideals make people more susceptible to flawed reasoning. I read somewhere that many African American families still object to interracial marriages which is not surprising given their history of slavery and racism. Yet, this is also another form of racism.

Tribalism on the other hand, ranks as one of the top problems in Nigeria, and it will be deceptive of me to say this problem will end any time soon. However, we can talk about it, re-educate ourselves and make up our minds not to raise our children with such flawed ideologies.

Now I throw it to BNers would you marry outside parental consent either on tribal, racial, or religious grounds, and if you’ve ever rebelled, let’s hear your story.