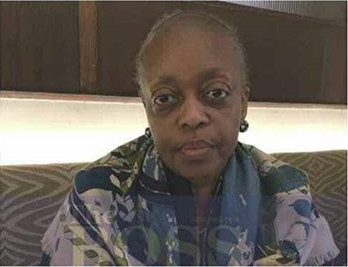 According to International Business Times, Nigeria’s embattled former petroleum minister Diezani Alison-Madueke, who has breast cancer, is set to return to Nigeria to visit TB Joshua‘s Synagogue Church of all Nations (SCOAN) to seek healing.

The report further states, “Joshua and his worshippers have claimed the preacher performs miracles and is able to heal people. According to his official biography, Joshua has healed people affected by diseases such as HIV and AIDS. Such allegations have sparked controversy both in Nigeria and abroad.“

Related Topics:Diezani Alison-MaduekeSynagogue Church of all Nations (SCOAN)
Up Next

BN Bargains: Own a Home in Glamour Gardens Estate with a 40% down payment | Get up to 70% off Clearance Sales Items in House of Lunettes + More FAB Deals