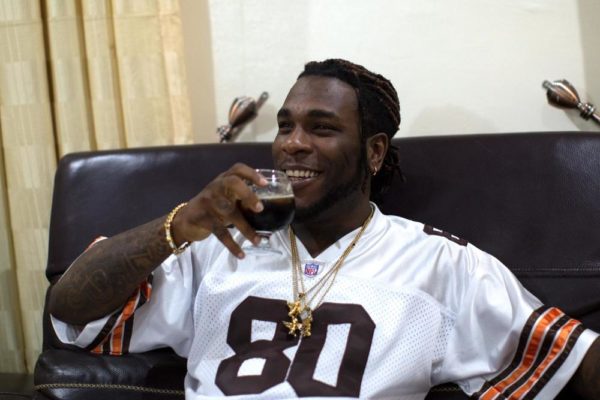 Just last week Wizkid was featured on FADER (click here if you missed it) and now another Nigerian artist has made it on the magazine.

Burna Boy is described as “The Nigerian Singer Putting Africa First” and in his interview he talks about his influences and the politics of the music industry in Nigeria.

FADER describes their experience in the following words:

By the time we get to Burna Boy’s house in Lagos on the night of Halloween, it’s around 11:30 pm and the noise from a nearby generator is buzzing against the soft sound of falling rain. Two armed soldiers follow Burna Boy wherever he goes and, tonight, he’s just getting in from a show in Ikeja, a neighborhood on the other side of the sprawling city. Many of Nigeria’s major pop stars were enlisted to perform at an event sponsored by a telecoms company, but instead of sticking around to mingle with elder statesmen like P-Square, Burna leaves right away…Over the course of an hour-long conversation, fueled by a couple of joints and some Hennessy, Burna Boy opened up about his influences, the politics of Nigeria’s music industry, and why American artists need Africa. 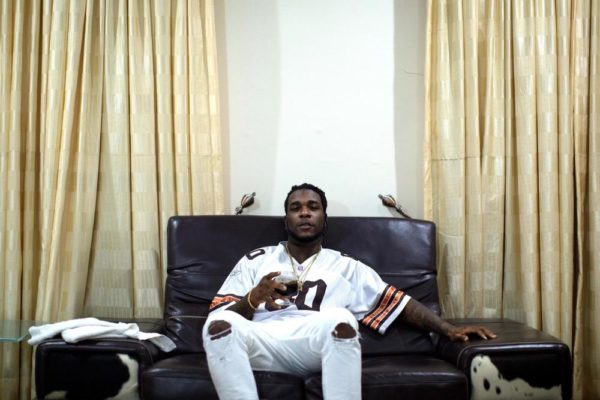 On his musical influences: Music-wise obviously number one is Fela Kuti. My granddad used to be his manager. My dad used to play reggae and Afrobeats. Every Sunday, we used to have these records, vinyls. And he would just play all of them—Super Cat, Ninja Man, Buju Banton. On his side, I heard a lot of reggae and dancehall. He doesn’t even know it but he influenced reggae into me. The first reggae song I heard was in his car. I remember he bought a V Boot—a Mercedes, old school—and it was one of the first cars that could play CDs at the time. The first CD we had was a mix of all different types of dancehall. And then I turned ten years old and this girl I was trying to get with gave me a Joe CD for my birthday, which introduced me to R&B. I’m pretty much a product of my environment.

On his music: I kind of brought back everything you hear now. I kind of started all this shit, all the dancehall sounds. My genre of music is called Afro-Fusion because I fuse different types of music into a ball. There’s dancehall, there’s R&B, there’s hip-hop, there’s Afrobeats—that’s all that makes Burna Boy, really. Everything you see right now is really a photocopy of Burna Boy. While it works for some people it doesn’t work for others.

On music in Nigeria: It’s political, man. To be honest I don’t really feel like I’m a part of the industry. I don’t get awards because the powers that be don’t really like me. I’m not like everyone else, I won’t do what everyone else does. They don’t like it. Everything is really political and I’m not a very good politician. So I don’t really involve myself in all that. I just drop hit songs, and my fanbase keeps increasing.

On not being a part of the music industry: If you think about it, if I was a part of the industry then I wouldn’t have shit today. I would just be one of the songs you hear in the club and then that’s it. But right now, you see, I don’t have the most Twitter followers or the most Instagram numbers or whatever, but the things that I do, the people with one million followers can’t do it. Right now in Nigeria I’m doing shows with 5,000 to 7,000 people almost every weekend. Who does that in Nigeria? How many people can say that? And everyone is singing my songs word-for-word. My music is a gift. It’s perceived as a gift to the people that love and understand it. I don’t really speak for myself alone, I speak for a bunch of people. How many people have dropped a song like “Soke,” stating the problems that’s actually going on in the country, and actually stepping up? And at the same time they’re dancing to it in the club but really and truly I’m actually telling you what the fuck is going on—money, no light, wata no dey flow. You get me? Real shit! Who’s doing that today? Everything I know I pretty much learned from Fela. Obviously there will never be another person like that. He used music the way music should be used. Music is spiritual. It’s a really spiritual thing. I’ve actually never picked up a pen and pad to write a song. It comes spiritually. I don’t put pen to paper, I just pretty much black out, and you hear what you hear. You’re gonna hear things that are coming from deep down, it’s not gonna be something that’s calculated and trying to appeal to these people or those people. Nah.

You can check out his full feature here.

The Mavin Crew are out with “JantaManta” Video! Watch on BN