Spotted: Chiwetel Ejiofor & girlfriend Frances Aaternir at the Premiere of "Secret In Their Eyes" 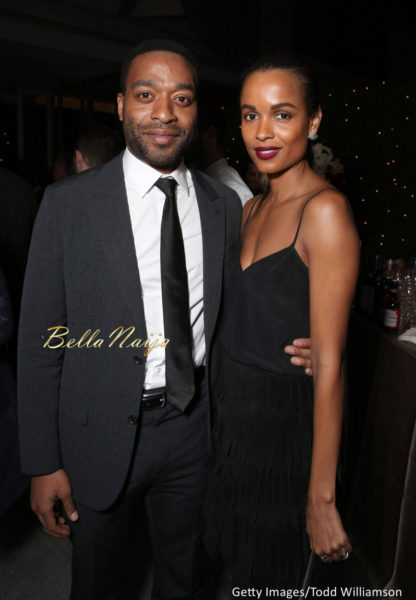 British-Nigerian born actor Chiwetel Ejiofor and his new girlfriend Frances Aaternir are quickly becoming one of the couples we like to look out for.

The two of them made their debut as a couple when they were spotted kissing a couple of weeks ago (click here) and since then they have kept a low profile.

They attended the premiere of the movie “Secret In Their Eyes” together and the chemistry between them was so obvious as they posed for photos.

For the premiere Chiwetel looks extra dapper in a black-grey suit while his paramour went with a chic black blouse and black fringe skirt.

LOL This Wedding Invitation is Trending