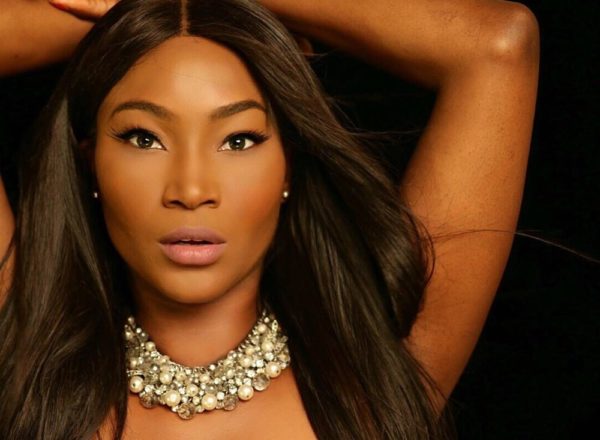 It’s not as if I don’t like people to come visit me at my home… on the contrary, I love it very much… but the thing is, I have begun to get suspicious of people who just “show up” unannounced.  Some of una in this Lagos get kpians. Beta kpians. And some would just be looking for who to distribute it to, early mo-mo.

Seriously. That was how somebody that I used to know, just called me out of the blue one beautiful evening, saying that she was in the neighbourhood and that she wanted to see me. I don’t know why, but I offered to go meet her where she was, and I did. But after we met, she said she wanted to use my bathroom, and I didn’t object – I really couldn’t. I mean who says ‘no’ to someone who has to pee?

And so we went to my place, she used the bathroom, I offered refreshments and we gisted for a bit, and then she left.

Most nights, I go to bed early, and that night was one of those. But then, just before 7am, I started hearing this… sound from the room directly opposite my bedroom. It sounded like this,

And then silence for about three seconds.

This strange sound kept repeating itself. It was so intermittently continuous that somehow it pulled me out of what was otherwise, a calm, dreamless sleep. I woke up to our dog’s concerned face. He had sat close to me, at the foot of the bed, obviously disturbed by the sound, and as curious as I was to what it was.

Could it be a cricket, I wondered? I got out of bed, slipped into my slip-ons and tried to trace the origin of the sound. I checked the corners of my room, the bathroom, under my bed… and then I realised, No… it wasn’t from my room, it was from the opposite room.

All this while, the sound continued. It became louder, sounded angrier. The spacing within each sound shorter and shorter. It sounded like you would sound if you were hella pissed off, but couldn’t speak, and all you could do was try to grunt wuuuuuuuuuuuuuuuuuuuuuuuuuuuuuu! It was very, very strange indeed. I was the only person home at the time, the door to this particular room was closed and swung from outside in.

Asides from that, we were upstairs, and the windows were protected by permanent iron bars and mosquito-nets that were always slid shut. Which meant that it was difficult for any human or animal to get through. So, what was this thing? And how did it get in? Did I mention we lived upstairs? Exactly. Odiegwu. At this point, I was sure it was not a cricket. Unless the cricket was the goliath of the cricket species, no insect should sound like that.

And so I did what any sensible Waffi girl would do. I stood in front of the door and just stared at it. Me I no enter o… Enter fayah. It was terrifyingly fascinating, that sound. Mesmerized and immobilized was I, my head cocked to the side, staring at this door I refused to open.

And then the sound got worse. Way worse. If it was angry before, the thing had now entered a rage.

No more spacing its protests; it was livid now! And it was loud. Fear no gree me open the door.

I could almost swear I felt its presence whoosh past me at the very moment I screamed in horror, fled and slammed my room door shut, locking myself in my own room!

Actually, I did not just flee, I flew from the room entrance to my bed (while simultaneously screaming, “JESSSSSSSSSSSSSSSSUUUUUUUUUUUUUUUUSSSSSSSSSSS”) in a super-human, swift leap that would have made a Chinese action movie director very happy indeed.

The housekeeper had run into my room when she heard me scream. She was saying something but I was zoned out. All I kept saying to myself was,

My people, na so o… walahi, true-to-God. This is not a fabu AKA fiction.

The cleaner had to shake me out of my shock, asking “Aunty, ki lo shele? Ki lo de ti e se p’ariwo b’eyen? Shey ko si?” [Nigerian English Interpretation: Aunty, what happened? Why did you scream like that? Hope there’s nothing?]

Later, I shared the gist with my mom and sisters, and trust, they first scatter laugh before they offered any consolation and advice. In fact, my sister had me dramatize exactly the way I flew-fled unto my bed. They laughed some more, and then they got serious.

That was how I learnt, that in every interaction, there is an exchange. In every human interaction with a person, place or thing, you leave something of yourself behind, and you pick something up from that person, place or thing. It could be minuscule and invincible to the naked eye, or it could be visible. It could be forensic, sexual, mental, emotional, physical, or psychological. This exchange happens everywhere, all the time.

Imagine you go to the beach and sit on the sand. When you get up, you leave your palm-print behind in the sand, and you get some sand in your shorts – exchange.

You speak… Words leave your lips and you hear/absorb words from others – exchange.

You go to a place, you breathe in its oxygen, and you replace it with your CO2 – exchange.

The combination of everything you’ve given, and everything you’ve absorbed, is what makes you who you are at any particular time. Understanding interactions and exchange, you begin to fully grasp why it’s important for you to choose what you see, who you see, where you go, and who you allow come into you (pun intended? maybe…)

The bottom line is that you leave a fingerprint of your existence on anything you come in contact with, and that thing also leaves its imprint on you. For those who are spiritual/religious, it translates to a whole new dimension.

So, this was how I learnt that people are moving around this Lagos, just forgetting their spirit like it’s a handkerchief, choi… I let someone into my space who left her spirit behind. Luckily for me, it didn’t like my home, and it fled. What’s your story?

Ps* Thank you all for the birthday wishes!

BN Prose: That Babe is in Town by Feyisayo Anjorin