Toby Nwazor: The Best Way to End the Year 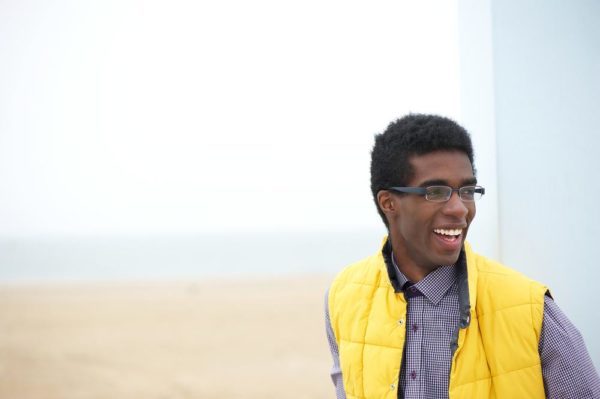 The year 2011 was a special one for me. It was my year of serving my fatherland. Surprisingly, it is still one of the most memorable years of my life. I remember arriving the orientation camp that hot afternoon to join a queue that seemed never to move. We shoved each other, sweated, greeted old friends and made new ones on that everlasting queue.

We were all excited to be in camp, or at least most of us. Two weeks later however, most of us had become fed up. The food served in the kitchen was not encouraging at all, and the numerous lectures held in the hall everyday had become boring.

To make matters worse, most of us had dug deep into the pocket money we came to camp with. This meant that the option of flexing in Mammy market had equally reduced drastically.

The soldiers too had become annoying. They derived joy in giving mass punishment to everyone for the flimsiest excuse. On top of all that, we still had to go to the field and do all kinds of exercises every morning. And that was after spending a lot of time on an endless queue trying to fetch water to take our baths.

After the second week, we just couldn’t wait to go home. So many people had already started grumbling and we were all waiting patiently for the last day.

Something unexpected however happened on the 20th day of camp. During our daily early morning parade, the camp commandant called me out to read a motivational speech. (Na me go find trouble submit my name say I fit do am o). My heart flew into my mouth when I heard my name, and I sincerely wished the ground would open and swallow me.

I had made some public presentations in the past, but the crowd in front of me that day was more than 3000 people. I was scared. Miraculously, I was able to build up my self confidence level and took up the challenge.

I delivered a very short speech titled “The Attitude of Gratitude” to this teeming crowd, and the result was like magic. Surprisingly the camp commandant, the NYSC officials and especially the corps members bought what I was selling.

I watched in awe as the atmosphere in the camp practically changed. From feeling fed-up everybody rather saw reasons to be thankful. Someone raised a song almost immediately and everybody responded positively. We spent the next few minutes rejoicing, singing, dancing and celebrating God for all he had done.

Unfortunately I don’t have a copy of that wonderful speech, so I can’t reproduce it. However I still remember the inspiration behind it. Yes, that is the magic word: remember. I merely helped everyone in camp remember those things we are grateful for.

Similarly friends, if you can sit to think, you can always find a reason to thank. Things may not have worked out the way you wanted, but I am sure you can still find a reason to be grateful. And an attitude of gratitude is what they say determines our altitude.

If you have lost anything, remember that you did not lose everything! If things are bad, remember that they could have been worse. And guess what? Life would still have continued.

Friends as the year comes to an end, sit down, think and write. Write down all the blessings you saw this year for which you are grateful. Think & write of all the times you have gone on a journey and you saw accidents, but you were not a part of it. Think of all the people who spent a major part of the year in a hospital.

Are your parents still alive? Do you have what to eat tomorrow? Do you still have clothes to wear? When was the last time your landlord ejected you because of your inability to pay the house rent? How many times did JAMB jam you before you finally got admission? It could have taken longer. How many times have you been molested by armed robbers? Etc.

My people say that “E kelee dike na nke omere, o mekwa ozo” (if you thank a great man for what he did, he will do another one).

So please, sit back, reminisce, write and thank!

If you don’t have a job, be grateful for being employable. If you still haven’t gotten admission, be grateful for being qualified. If you still don’t have a child, celebrate the fact that you are even married. If you are yet to marry, be thankful that someone would be willing to marry you someday. If you are broke, rejoice that you are at least healthy. Even if you are sick, be thankful that it isn’t terminal. And if the doctor said it is terminal, be grateful that God is the only one with the final say!

No matter what friends, maintain an attitude of gratitude. It is the easiest way to insure/multiply your blessings, and it is the best way to end the year too.

Compliments of the season y’all.

He Hits His Wife…A Domestic Abuser reaches out for Help