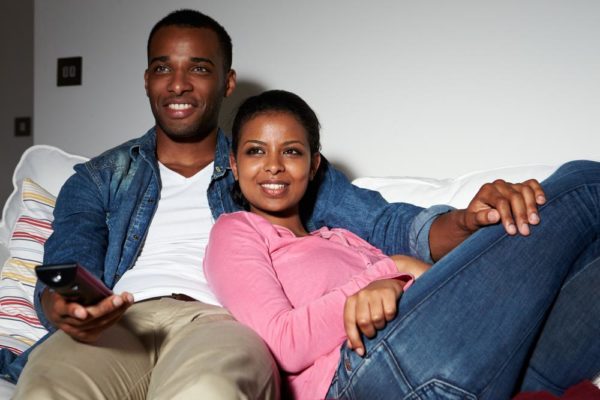 If I have to see yet another meme with ladies complaining about not being able to watch Netflix (movie, series, cartoon..etc) and LITERALLY chill with a guy, I’m going to toss myself over Third Mainland Bridge. Like really…ladies…really?

Firstly, let us address the leading issue of male and female friendship. Is it possible, definitely, I have a lot of completely platonic female friends. But these are girls I am not attracted to. That isn’t to say they aren’t attractive, I am not just attracted to them. As one might expect, we have rules that govern this friendship not so different from rules that govern my friendship with guys i.e no flirtation, you pay for your own drinks, and I do not owe you anything. If you need help and I can be of use, then you can count me in. And if we were going to watch anything and chill; there will be no cuddling or any other act of intimacy. It will be no different from how I chill with my bros.

As we get older, our friendship quota begins to fill up to the point where we have to start cutting people off even when we do don’t deliberately mean to. After university, when “real life” sets in, for the most part, the friends we make have a functional purpose to our lives. We hardly go into new friendships just for friendship sakes. Certainly not to find people we can watch series with and just chill. Thank you very much I can watch Game of Thrones just fine by myself, and your commentary is often more of a distraction. And if you really wanted to have a friend you can watch stuff with and chill…well…aren’t there more women than men in the population so what are you looking for in my room biko?

There are very few things that grind my gears like people partaking in denial of obvious realities. At my age, a girl can’t really approach me seeking a platonic relationship and I won’t sense it, she certainly can’t approach me with some kind of romantic interest or sexual interest and it won’t be obvious either, so ladies what are you saying? You didn’t know the plan when you carried yourself to his house, entered his room, laid on the bed, and started watching Suits abi How To Get Away With Murder…tah!
Maybe he was a bit too forward about the whole thing and didn’t even offer you wine before he made an advance. Maybe when you got there you realized this isn’t really what you want. But claiming that all this time you really wanted to come, watch something, and chill…mnba’nu. Y’all are acting like because Netflix became a brand name there is anything new about this move. Inviting a girl over to watch something before action is far from a new move. This is an age old technique and I’m sure before the video medium was invented guys used to say ‘come to mine let’s play some records and chill’, probably ‘come to mine and watch my cat do back flips’ before that. The point is that any invitation to a situation that has room for intimacy is a red flag. If you aren’t ready for at least an advance, meet up in Tasty or Mr. Biggs if money is the problem. Not every time Radisson Blu, sometimes Chicken Republic.

Why is it that I have never heard a guy go ‘I thought we were friends and then she tried to f*ck me.’ Are ladies saying guys are somehow more perceptive to these things when women are generally considered to be more intuitive than men? If it is a case of taking up offers out of boredom (which I guess is common with women considering how many girls I’ve seen put up the ‘when he says he isn’t like other guys but it doesn’t matter because you are just here for the food’ meme) then at least be bold enough to admit you were testing your fate and don’t make it seem like men are incapable of maintaining friendships where we both know the situation was far from friendly to begin with.

Fact: If a man is in the habit of giving you attention and he isn’t getting anything from you, chances are he is looking to score something, relationship or sex. A word is enough for the wise. Download your own shows or get a female chilling buddy. You already have your day one guys that you know where you stand with. If a new guy is extending an invitation…beware.

P.S Guys just because she is in your bed is no excuse to be forceful though. If you can’t stand it, have a quick cold shower and jog on the spot. If that fails, pull a Drake and call her an Uber. Better to be rude than to be a rapist. No is still no.

#BN2015Epilogues: All Busola Wants For Christmas, After a Difficult Year, is a Baby