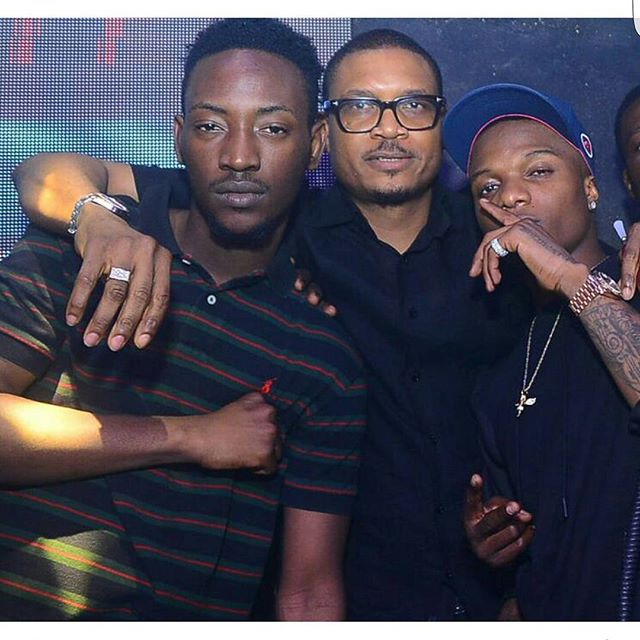 It’s been a heated past few days between Dammy Krane and Wizkid, but it looks like the beef is all over now.

It started off with Dammy’s tweets accusing Wizkid of stealing his music, which resulted in a bloody altercation last night.

2Baba, who was called to split up the fight, as Dammy is in his record label Hypertek Digital, posted this photo of the two musicians and Quilox nightclub owner Shina Peller at the club and captioned it, “All we need is one love #inmyvoice“, referring to his song One Love, released in 2013.