According to her, she wasn’t throwing shade at fellow actresses Uche Jombo, Omoni Oboli, Blessing Egbe, Ufuoma McDermott and producer Emem Isong. She explained that she had simply meant sisters don’t have to be related by blood.

See her tweets below. 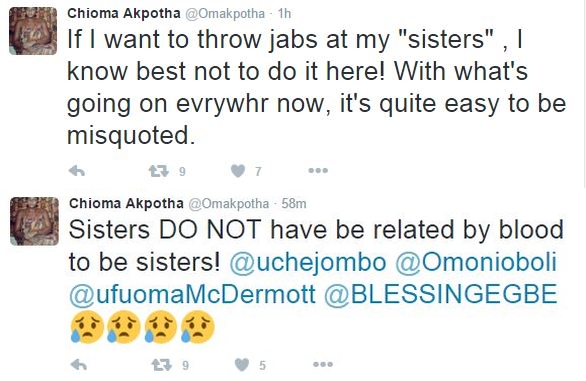 Omoni Oboli and Ufuoma McDermott have acknowledged her explanation.

We love A Two-Peat! How Mo Abudu Rocked this Dolce & Gabbana Outfit to 2 Different Events