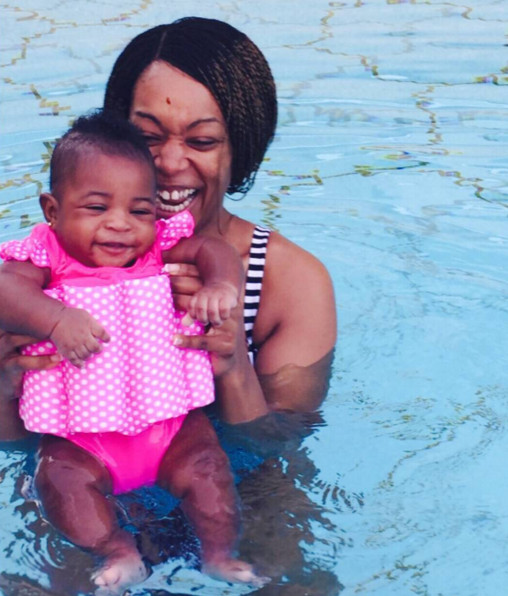 Yesterday, superstar Davido released a statement sharing his side of the story about his daughter Imade with Sophia Momodu.

Today, Sophia’s uncle, Dele Momodu has released his own statement in response to the allegations made by Davido.
Read;

The newspapers were awash this morning and the social media has been on fire since yesterday.

My cousin SOPHIE MOMODU was comprehensively scandalised. Even a Laboratory result alleging she’s a cannabis smoker was splashed everywhere. She was said to have infected her own baby with cannabis. The vicious authors expected some gullible people to believe them.

Nothing could have been cruellest. Our initial reaction was to maintain the ceasefire but this latest attack against a defenceless lady who merely asked that she be allowed to enjoy the fruit of motherhood was the limit of recklessness and rascality.

All sensible human beings should abhor and condemn this unwarranted fabrication of endless lies just to justify the act of forcefully detaching a baby from her biological mother. Check this picture well. That’s baby Imade with her aunt Ashley Adeleke who took her to Dubai a few months ago against her mother’s consent.

The world has been told that the baby was so sick that she needed urgent medical attention in Dubai. Imade’s mother was deprived of attending personally to her own baby. Now wait for this; just imagine you’re the hapless mum of Imade; instead of receiving regular medical briefs from Ashley the Good Samaritan, you receive pictures of your own baby swimming with Ashley Coco inside the heavenly pool of Atlantis, The Palm Dubai, one of the most luxurious resorts in the world while anxiety is killing you back home.

Baby Imade has been forcefully separated from her mum since July 11!, 2015, when she was barely two months old. We’ve pleaded for months with the Adelekes to return the baby to her real mum. Sophie was allowed to visit her daughter once a week every Sunday inside Dr Adeleke’s guest quarters. We did not fight. We did not engage in social media wars. They said our family was too poor and beneath their status. We did not mind. They said Sophie was a gold-digger, we did not respond.

We only kicked when Baby Imade was to be taken out again without the mum’s necessary consent. No one asked them to take Sophie along. We only tried to stop the impunity and dehumanisation of a poor mother. We acted within the ambit of the law. No more.