Was Davido’s Tweet to Cynthia Morgan's Video the Perfect Response? 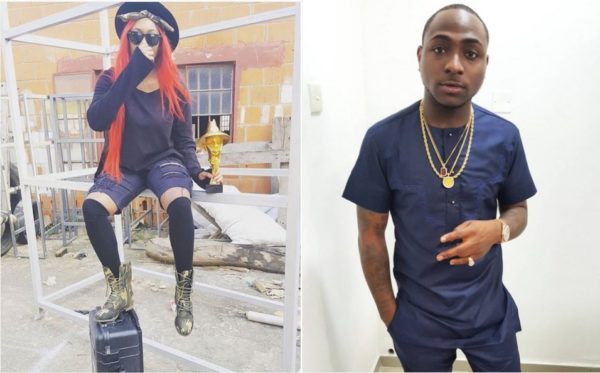 While it seems a lot of celebrities are starting 2016 on a confrontational note, Davido might have just given us hope for peaceful reconciliations via his response to Cynthia Morgan.

It all started when Cynthia Morgan posted a series on short clips on Snapchat addressing Davido and more or less calling him a “F*boy”. In her video she imitated Davido’s husky voice and said a couple of insulting things.

A follower was able to record it with his phone and shared on YouTube. See below.

Expecting Davido to give a heated response, he surprised his fans by choosing a more mature route.

Cynthia Morgan God bless you! Your talented! I hope U reach were I have conquered and even surpass me!! Stay blessed

In any case Davido probably has no time for social media fights between his concert in Gambia and upcoming concert in Niger.

Did you catch the drama? What do you think of it?

Lil Kesh has got a Brand New Single! Listen to “Ibile”