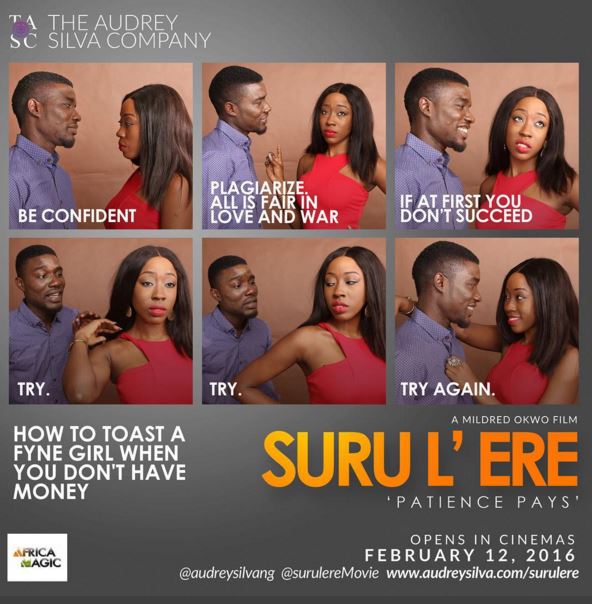 The film is a romantic comedy about a young man Arinze (Seun Ajayi) whose chance meeting with a beautiful woman Omosigho (Beverly Naya) causes him to explore a “get rich quick” idea to solve his financial woes.

“We are aware that people will compare this film to “The Meeting” but the two are totally different”, states producer Rita Dominic “and I can’t wait for people to see the performances by these young actors”.  According to Okwo, the star studded premiere event was deliberately placed on the same day as the opening to give real fans the joy of watching the film on the same day as everyone.

Africa Magic, Mildred Okwo and Rita Dominic are Executive Producers while SilverBird is the Theatrical distributor of Suru l’ ere.

Watch the trailer for Suru l’ere below.