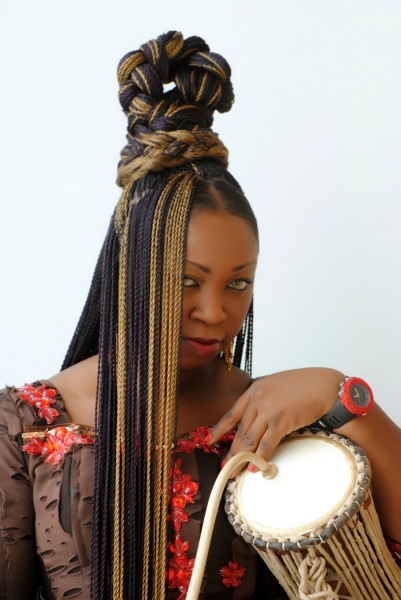 Unbelievable as it sounds, popular female musician/talking drummer Aralola Olumuyiwa aka Ara is set to drop her first album.

Speaking on why it has taken her 25 years to put together this album, Ara told The Nation:

“Twenty five years down the lane I met my former record label boss whom I thought was the best thing that would ever happen to me. He gave me a platform that I will forever be grateful for but I was locked up from the entire world, I wasn’t allowed to make friends even my own family members couldn’t reach me because I was brain washed and by the time I realized what was happening to me and I decided to run my life was threatened.

I was with that management for seven years and I have recorded in several countries including Paris, US, and Ghana but all efforts to bring out an album proved abortive.

So this is the first one and I can tell you it’s been a battle both spiritual and physical and I thank God this album is going to be released at last”.

Titled Ara De, the album will have 20 tracks and will feature appearances from the likes of 2Baba and Pasuma. It is expected to drop before the end of second quarter of the year with production credits from ace music producers Puffy T, Ty Mix, and Wole Oni.