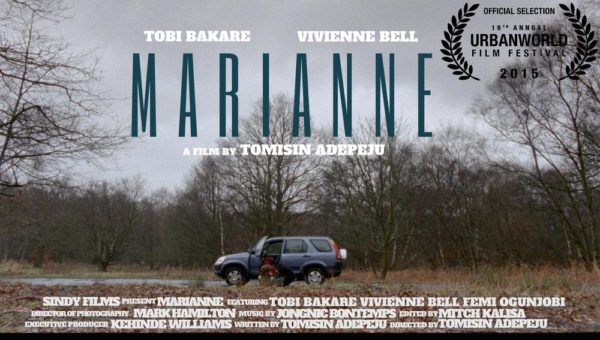 Nowadays, more and more filmmakers are choosing to tackle ‘real issues’ in their movies. One of such filmmakers Tomisin Adepeju decided to take on the very sensitive topic of faith healing in his new film Marianne.

The film follows the story of Moses, a young Nigerian man who travels to a remote, African Pentecostal Church with his ailing wife.

The film was actually Tomisin’s Graduation film at Met Film School. It stars Tobi Bakare, Vivienne Bell and Femi Ogunjobi with Mark Hamilton as the cinematographer, Mitch Kalisa as the editor and Jongnic Bontemps who scored the film.

Watch its trailer below: