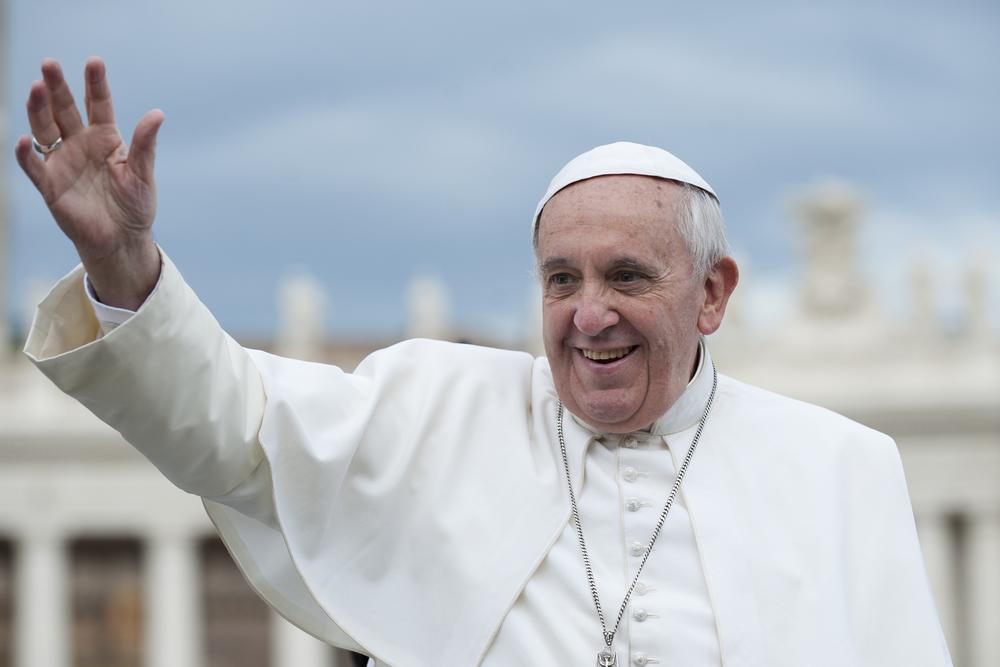 The Indigenous People of Biafra (IPOB), that is protesting  for Biafra’s secession from Nigeria on Monday 29th February 2016 released the text of a Pope Francis address to thousands of its members.

They had gathered the day before at St Peter’s Square in Vatican City for the weekly Angelus, saying the Pope has cautioned their oppressors – the Nigerian government, its military and their agents to repent and stop killing Biafra agitators or face the wrath of God that will be catastrophic.

The Bishop’s Address
The text of the Pope’s address which was released through the IPOB Media and Publicity Officer, Emma Powerful, … from the balcony of the Apostolic Palace to be patient in all they are doing, that God’s patience towards their oppressors is without limit but the time to end their oppression is now.

IPOB quoted the Pontiff to have said that,

According to the pro-Biafra group, the Pope spoke on “invincible patience,” explaining how God’s “unyielding concern for sinners” should provoke patience in us, asking if we have thought of God’s patience.

“Have you thought of His unyielding concern for sinners, how this should provoke patience among people, including governments, instead of killing people on slightest provocation or no provocation at all, let alone people who are protesting against unfair treatments or for something they feel is their right?”

IPOB said the Pope told them that God does not permit tragedies to punish sins but rather, that Jesus uses warnings that sinners will perish if they do not repent, adding that if the oppressors of peaceful agitators like the Biafra agitators in Nigeria fail to repent, the wrath of God will be catastrophic against them.

The Pontiff according to IPOB, welcomed the need to firmly and unreservedly focus on negotiations and dialogue between governments and agitators all over the world including  Biafra agitators and the government of Nigeria, like it was done in Syria which has brought the current ceasefire in the country, involving government and rebel forces.

“I invite all to pray so that this window of opportunity can give relief to the suffering people and agitators and encourage the necessary humanitarian aid, and open the way to dialogue and much desired peace” he said.