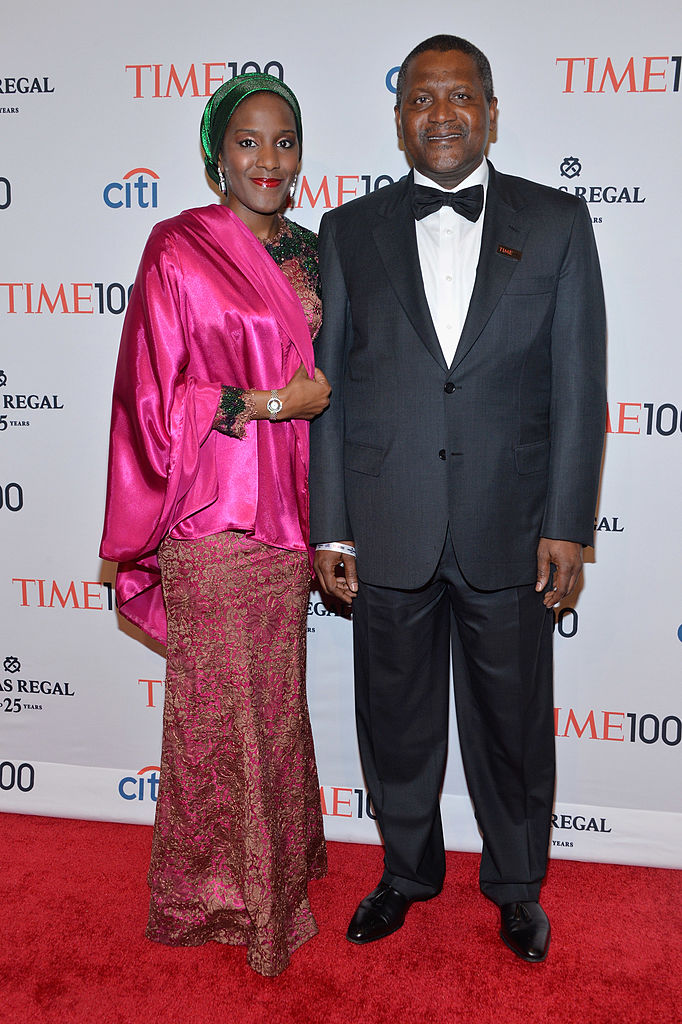 The Forbes Magazine annual billionaires list for 2016 is out and contains names and assets of 1,810 billionaires from around the world.

The dwindling oil prices and strength  of the  dollar made so many drop off the list.

Bill Gates for about 20 years has been top on the list and he still retained his position  as the richest man in the world.

American presidential candidate Donald Trump also made the list and ranked 324th richest man in the world with a total net worth of $4.5 billion- meaning Nigeria’s Aliko Dangote and Mike Adenuga are richer than he is.

Our very own Aliko Dangote made it and has retained his position as the richest man in Africa and 51st in the world. Aliko Dangote’s net worth, according to Forbes, has risen to $15.4bn from $14.7bn in 2015. He was ranked 67th in the 2015 list. Dangote founded and chairs Dangote Cement, the continent’s largest cement producer.  A spokesman for Dangote told Forbes that the company has until October 2016 to lower Aliko Dangote’s stake and plans to do so by then. Other companies in the Dangote Group, which is active in 15 African countries, include publicly-traded salt, sugar and flour manufacturing companies.

Mike Adenuga the M.D of Globacom also ranked the 103th richest man in the world and second in Africa. Mike Adenuga,  who ranked 393rd in 2015 definitely moved up in 2016, Nigeria’s second richest man, built his fortune in telecom and oil production. His mobile phone network, Globacom, is the second largest operator in Nigeria with 32 million subscribers; it also has operations in Ghana and the Republic of Benin. A higher estimate of Globacom’s revenues led Forbes to increase the value they assign to it. His exploration outfit, Conoil Producing, operates 6 oil blocks in the Niger Delta. He also owns real estate firm Proline Investments, which has hundreds of properties throughout Nigeria.

Femi Otedola of Nigeria also made the list as the 1011th richest man in the world and 3rd in Nigeria with a Net worth of $1.8billion, Otedola is the controlling shareholder of publicly traded Forte Oil, an oil marketing and power generation company. Originally a Nigerian subsidiary of British Petroleum (BP), Forte Oil has more than 500 gas stations across the country. It owns oil storage depots and manufactures its own line of engine oils. In 2013, Otedola led the company to purchase a government-owned stake in a gas-fired power plant in Kogi state in central Nigeria.In 2015 he ranked 1741st.

Folorunsho Alakija the only Nigerian woman on the list who ranked 1,121st richest person in the world and the 4th in Nigeria with a Net worth of $1.6billion and  is the vice chair of Famfa Oil, a Nigerian oil exploration company that has a 60% participating interest in block OML 127, part of the larger Agbami field, one of Nigeria’s largest deepwater discoveries, about 70 miles offshore. Its partners include Chevron and Petrobras.  Alakija’s net worth has fallen in the past year as a result of lower oil prices as compared to her 949th ranking in 2015.

Abdulsamad Rabiu, the founder of BUA Group, ranked 1577th in the world and 4th in Nigeria with a Net worth of $1.1billion, He is a Nigerian conglomerate active in sugar refining, cement production, real estate, logistics and port operations. Rabiu is expanding cement production. In September 2015, BUA signed a $600 million deal with Sinoma International Engineering, a Chinese cement equipment and engineering service provider, to construct a second production line at its flagship Obu cement plant, located in Edo State in the western part of Nigeria.He also ranked 1741st in 2015.

Top Shots
Mark  Zuckerberg, the 31-year-old Facebook founder  added $11.2 billion to his fortune and moved up to No. 6 from 16. He was one of the persons that made their  first appearance in the top ten of FORBES’ annual ranking of the world’s wealthiest.

Update: Earlier, it was erroneously stated that Oprah Winfrey didn’t make the list this year, as opposed to saying she ranked  569th in the world with a total net worth of $3.1billion. This has been corrected and thanks to our eagle-eyed BN Readers for spotting it.