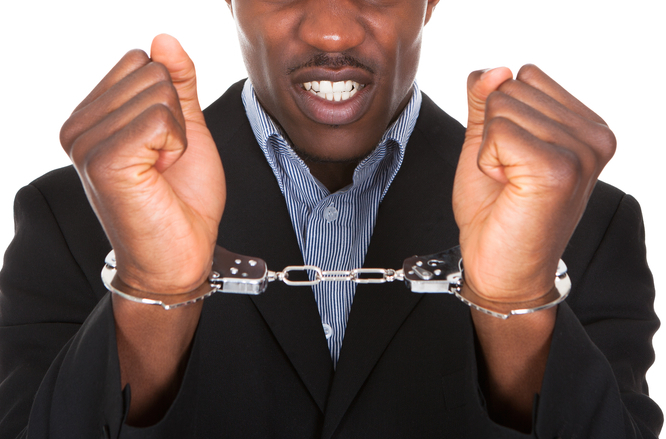 A suspect, Michael Nwobodo was on rearrested on Monday March 1, 2016 by the National Drug Law Enforcement Agency (NDLEA)  for alleged drug trafficking and for breaking through a glass wall in an attempt to escape at the Nnamdi Azikiwe International Airport, Abuja.

The 31 year-old suspect, a passenger of Emirates going to Dubai, was found in possession of 81 pellets of hard drugs packed in a clean Parker Whisky carton along with boxes of chocolates in a duty-free bag.

As soon as the drugs were found, the suspect took to his heels breaking through a glass wall but was pursued by narcotic officers and apprehended with the help of security officials at the airport.

Preliminary investigation reveals that the suspect resides in Dubai where he works as a technician, according to the spokesman of the anti-narcotic agency Ofoyeju Mitchell in a statement.

NDLEA commander at the Abuja airport, Mr. Hamisu Lawan said that the suspect sustained minor injuries in the process.“During routine screening of passengers, the suspect Michael Nwobodo was found with drugs. He immediately started running and broke through a glass wall in an attempt to escape justice. Our officers ran after him and caught him with the help of other security officials at the airport. It is amazing that he could break through a glass wall but fortunately, he sustained minor injuries and had been treated,” Hamisu stated.

The suspect told investigators that he ran away because he was afraid of arrest. “I live and work in Dubai. I came to Nigeria for my father’s burial but decided to bring the drugs because I needed money. When the drug was discovered, I ran because I was afraid of arrest. I am ashamed of myself and do not know how to face my friends and relatives”. He hails from Enugu State.

The suspect will soon be charged to court, the statement said.

All the Glitz, Glam and Exceptional Performances at Etisalat-Sponsored Love Like a Movie 3 #LLAM3