Regina Askia's Open Letter to Buhari - "Mr President, where is the change you promised?" 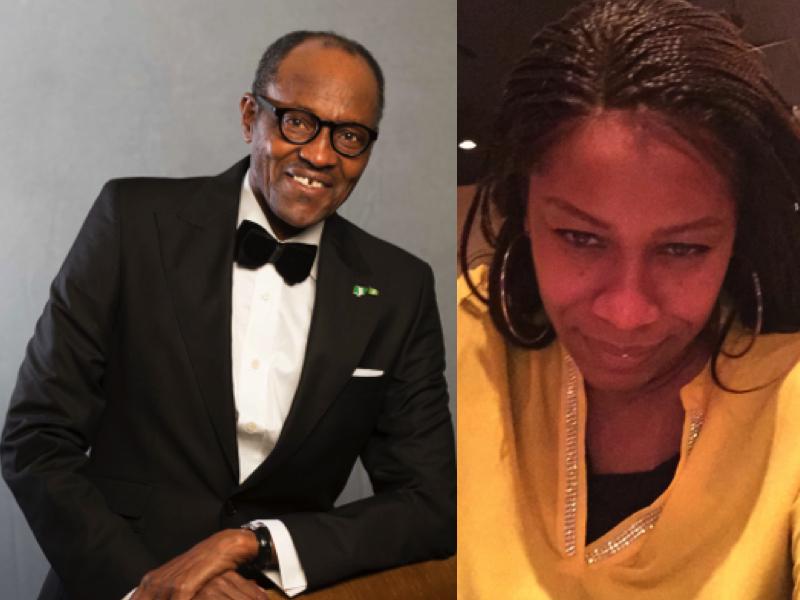 Regina Askia Williams was a mega star in Nollywood in the 1990s.

The actress, now a nurse who lives with her husband and children in New York, penned this open letter to President Muhammadu Buhari, asking him pertinent questions about underage marriage, internal terrorism and more.

Thank you for all your effort at containing the corruption in Nigeria however unpopular. Nigerians elected you through serious acrimony , loosing several lives and facing deadly unrest but they chose you.

Though you are from the North of OUR country you are president of all. How is it that violence and deaths still hold sway? My hope and prayer was that on your ascension you would deploy our military with fiat and alacrity armed to the teeth and silence or at least contain Boko Haram.

My prayer was that as a seasoned General you would not only flush out king pins and barons but retrieve the loot as you napped them one after the other but we see them working for you. Is this the change you promised us Mr President?

Maybe I don’t fully understand how these things work but I know one truth “Women with babies on their back should not be slaughtered in their farms while out there striving to make ends meet”.

They say you did not send a condolence message to comfort the families but rather you are requesting for cattle routes for the herds men? There is fighting in Lagos and vicinities?

Kidnappers are even negotiating exchange rates, hiking ransoms and collecting change over the victims, little girls are being kidnapped from southern states and sold off in marriage to old men off north? Is it okay to encourage pedophilia in the name of tradition?

My president, I am not only sorely pained, disappointed and ashamed, I am almost regretful of ever encouraging Nigerians to embrace you. Reason says do not jump to quick conclusions but be rational in thought. We, concerned citizens of the diaspora are watching and praying for a swift arrest of this drift.

When the citizenry lose trust and believe that their government has their interest at heart, anarchy is unleashed and we mark the beginning of a sorry end.

Mr President, where is the change you promised?

Ooni of Ife will Marry 2nd Wife this Weekend