For the longest time Wizkid’s alleged second baby mama has kept the identity of her son, Ayo Balogun Jnr, a secret.

In her most recent post on Instagram she has unveiled his face and he is so cute. 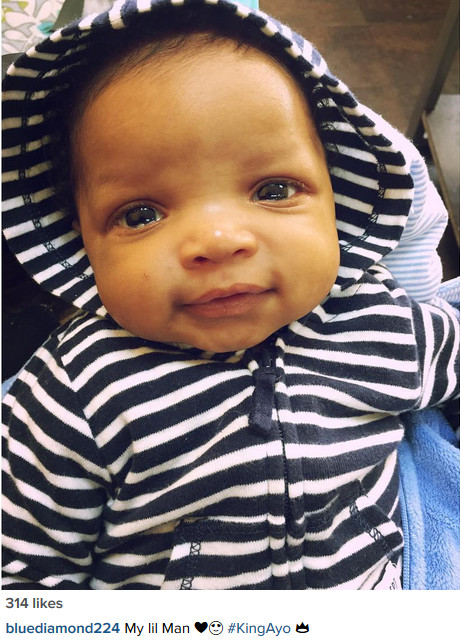