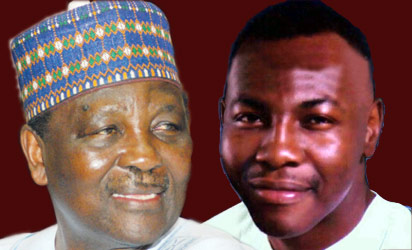 Another great news for Musa Jack Ngonadi Gowon. In a statement issued yesterday, the former Nigerian head of state, Yakubu Gowon has acknowledged Musa as his son; who he had with the former Public relations Manager of Guinness, Edith Ike Okongwu.

Musa had already won a paternity dispute that reached the Supreme Court but the judgment was not executed as a result of Musa’s arrest in the US. Young Musa, 23, at the time was incarcerated in Dallas, Texas on the charge of importing heroin into the country.

First great news came for Musa last November as the US granted him clemency on the ground of exemplary behavior. He was then released and deported back to Nigeria.

81 year old Gowon, finally acknowledged Musa as his son after 48 years and said that the family is working to assist in his rehabilitation and asked that their privacy be protected.