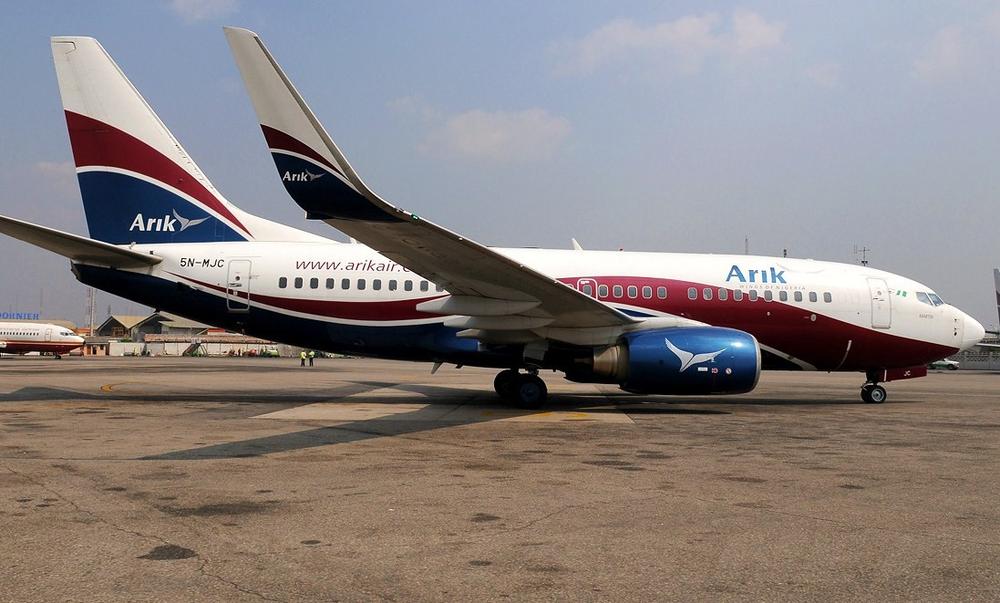 Arik Air on Thursday claimed that it had paid a total sum of N18.9 billion to the Federal Airports Authority of Nigeria (FAAN) from January 2007 till date.

The News Agency of Nigeria (NAN) reports that the Managing Director of Arik Air, Chris Ndulue, made the claim while briefing aviation correspondents in Lagos.

NAN reports that the airline’s operations at the Murtala Muhammed Airport were disrupted on Wednesday by aviation unions and some FAAN workers, over its alleged N12.5 billion indebtedness to the agency.

However, Ndulue, while apologising to the airline’s passengers for the inconveniences caused by the development, confirmed that Arik Air had resumed both domestic and international operations.

He noted that it was very strange that while the airline’s records showed the payment of N18.9 billion, FAAN claimed that it received only N11.4 billion.

According to him, every efforts have been made over the years to reconcile the disputed figures, including the setting up of a ministerial committee by the former Permanent Secretary of the aviation ministry, Binta Bello.

Ndulue said while the committee was still trying to resolve the issue, FAAN instituted a suit against the airline in October 2015 at the Federal High Court, Lagos.

He said FAAN again informed the court on Feb.3, 2016 that parties should be allowed to explore an amicable resolution to the dispute by appointing an independent auditor, to reconcile the figures.

“So the issue of whether Arik Air is indebted or not to FAAN has been put before a competent court in a suit initiated by the agency. For FAAN to resort to self-help or by its staff is an affront on the Federal High Court and the Nigerian State. A situation whereby staff of FAAN and union members turn themselves into debt collection agents, on behalf of the Federal Government is absurd,” Ndulue said.

Also speaking, the Chairman of Arik Air, Arumemi Ikhide, confirmed that the airline’s management had met with the Minister of State for Aviation, Capt. Hadi Sirika, over the unions’ action.

“We are prepared and want to pay for services rendered, but we will not be bullied. What happened yesterday (Wednesday) is not good for the image of the country,” he added.

Related Topics:Arik AirFederal Airports Authority of Nigeria (FAAN)
Up Next