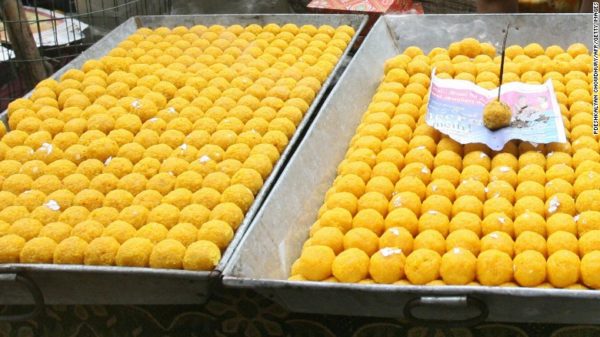 Pakistani police on Tuesday confirmed that a confectioner in Pakistan has mistakenly mixed pesticide into a batch of sweets, leaving 26 people dead and dozens more critically ill.

Police explained in Islamabad that a resident, Umer Hayat ordered for laddu: balls of fried sweet dough popular across South Asia, to celebrate the birth of his grandson in a village in the eastern province of Punjab. It said the initial findings of the investigation revealed that pesticides were being kept in the sweet-maker’s kitchen while the retailer next door was being renovated.

Wasim Akbar, Police Official, said a worker apparently mistook a can of liquid pesticide for flavouring.
He said the can resembled familiar ingredients, and was only labelled in English.

“The results of the forensic tests of the deceased and the pastries were still pending. Children and women were among the dead in Fateh Poor, in the province’s Layyah region,” he said.

Akbar said the sweets were distributed last week by local resident Hayat to his relatives and friends. The police officer said three people have been arrested.

CNN reports that Hayat is now in critical condition in a hospital, and six brothers, one sister and two children in his family have died after eating the laddu.

Arshad Bhutta, fellow resident, explained that the first fatalities occurred soon after, and the death toll kept rising as the village lacks health facilities and the nearest clinic with a stomach pump is five hours away.

He said the provincial government on Tuesday sent a team of doctors and medics to treat over 100 people that are still seriously ill.

Related Topics:LadduPakistanPunjab Province
Up Next

Gather Round, Book Lovers! A New Show is Coming to TV for You | Watch the Trailer for ‘Africana Literati’

Ekiti Doctors Died as a Result of Over Speeding – FRSC