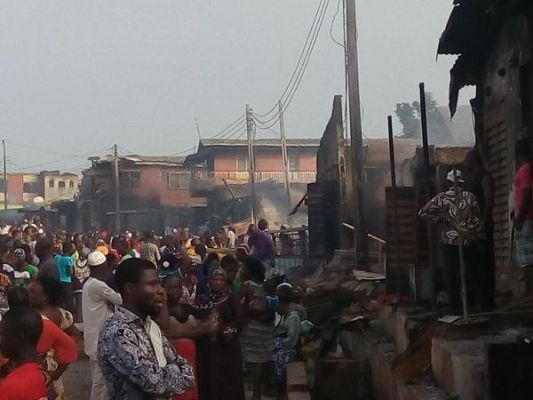 As the fuel scarcity lingers, it seems “normal” to hoard fuel as no one knows when they’ll get the commodity again. That was the unfortunate case of Shabi (father), Adura (16 years) and Mistura (18 years) who were burnt to death in their home in Somolu Oja.

The fire was reported to be as a result of the explosion of the fuel that was stored close to where their kitchen was.

According to PM News, the Director, Lagos State Fire Service, Rasak Shodipe said “the fire was caused by the storage of Petroleum Motor Spirit, PMS, in their home, saying that the family was cooking very close to where the fuel keg was kept when it exploded and burnt the house.”

The victims were burnt to death before fire-fighters from the Somolu Fire Station could rescue them.