Jennifer Aniston is People Magazine's World's Most Beautiful Woman for 2016 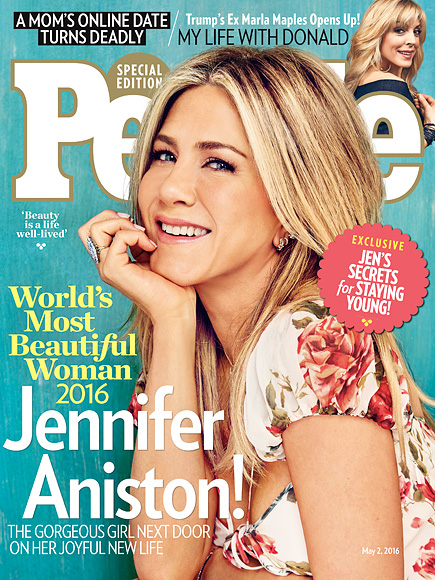 The actress had quite a lot to share with the magazine from how she takes care of herself to being told she was too chubby when she was younger and more.

On taking care of herself: “It’s funny, it’s a really quick transition from not a care and now all of a sudden, we’ve got to really be mindful of what we put inside our bodies. And how we sleep and take care of ourselves. You can get away with a lot in your 20s.”

On being told she was “too chubby” when she was younger: “I was like, ‘What?!’ But my diet was terrible. Milk shakes and French fries with gravy [laughs]. It was a good thing to start paying attention.”

On her husband Justin Theroux: “He makes me laugh. He’s so interesting and so interested. He’s unbelievably talented in more areas than one and he’s just a good man.”

As Real as it Gets! Timi Dakolo’s Fans Love this Photo of Him enjoying Agege Bread and Akara