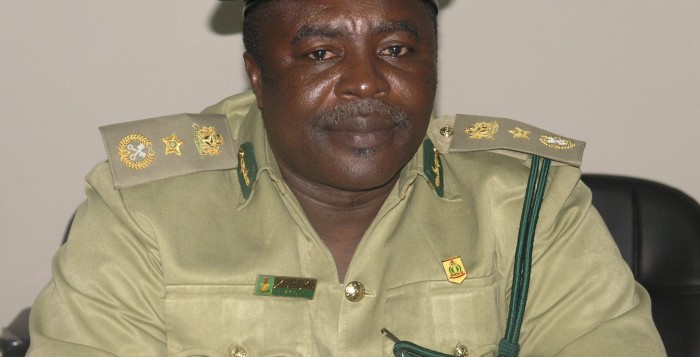 The House of Representatives on Thursday summoned the Controller-General, CG of Prisons, Peter Ezenwa Ekpendu, and the Minister of Interior, Abdulraman Dambazau over alleged assault on a female lawmaker, Onyemaechi Mrakpor (Aniocha/Oshimili Federal Constituency) of Delta state.

It was alleged that security operatives attached to the convoy of the CG on Wednesday slapped and bashed the car of the lawmaker for attempting to overtake his 20-car convoy.

The petition was brought to the House by its Minority Leader Leo Ogor. “She was going for (church) service… They blocked her car and started bashing her car, when she wound down the window an aide slapped her in the face. The CG sat in the comfort of his car, while this happened,” Ogor explained.

Corroborating the claim by the Minority Leader, House Majority Leader Femi Gbajabiamila said that the lawmaker called him immediately after the incident and was crying a she explained what happened.

“This is the time for us to rally behind her, not just because she is a lawmaker but because she is a woman… What happened is clear, the man, as far as I am concerned is guilty of assault, battery and violence against a woman. We have heard of the eggshell case, anything could have happened. The slap was not by the aide as far as I am concerned, it was by the principal, when the principal is sitting down and observing his aide, it is called vicarious liability. The CG of Prisons belongs behind the bars of the prison that he is supervising. We should work towards relieving him of his job,” he said.

Another lawmaker Nnenna Elendu-Ukeje also said that the victim was also called a prostitute, adding that it was a case of abuse of power.

“My colleagues did not want to say it, but he also called her a prostitute…. This is what happens to every Nigerian woman, we are beaten, labelled names and expected to remain quiet. When we speak of violence against women, this is what we are talking about. He (Ekpendu) lacks honour, integrity and should be stripped of his position,” she said.