It’s time for another edition of BN Style Your Bump, a series where BN Style looks into maternity style from different women to help inspire you! So far we have profiled Chrissy Teigen, Patricia Bright, Kourtney Kardashian, Tamera Mowry and Maky Benson – click here to see them glow in style. 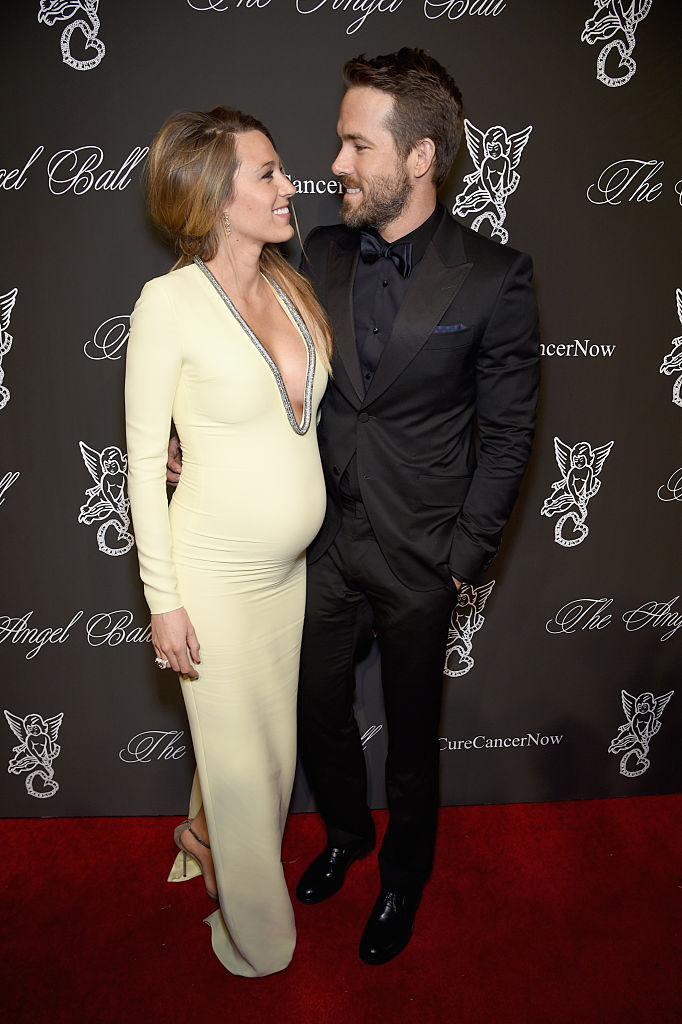 Today we have gorgeous Hollywood actress who’s known to style herself for her red carpet appearances, Blake Lively. Married to hot Hollywood actor Ryan Reynolds, the couple have a daughter called James and are expecting their second child this year. Popularly known for her role as Serena on Gossip Girl and all her stylish outfits from the TV series, Blake is always a stunner at red carpet events even now at the Cannes Film Festival.

Similar to other editions we’ve seen in the past, Blake stays true to her bohemian style on her casual days  with jackets and knee high boots but she knows how to glam it up for the red carpet with a splash of sexiness. When it comes to style, Blake can never do wrong in my eyes and it’s no surprise why the luxury designer brands and haute couture designers love to dress her. 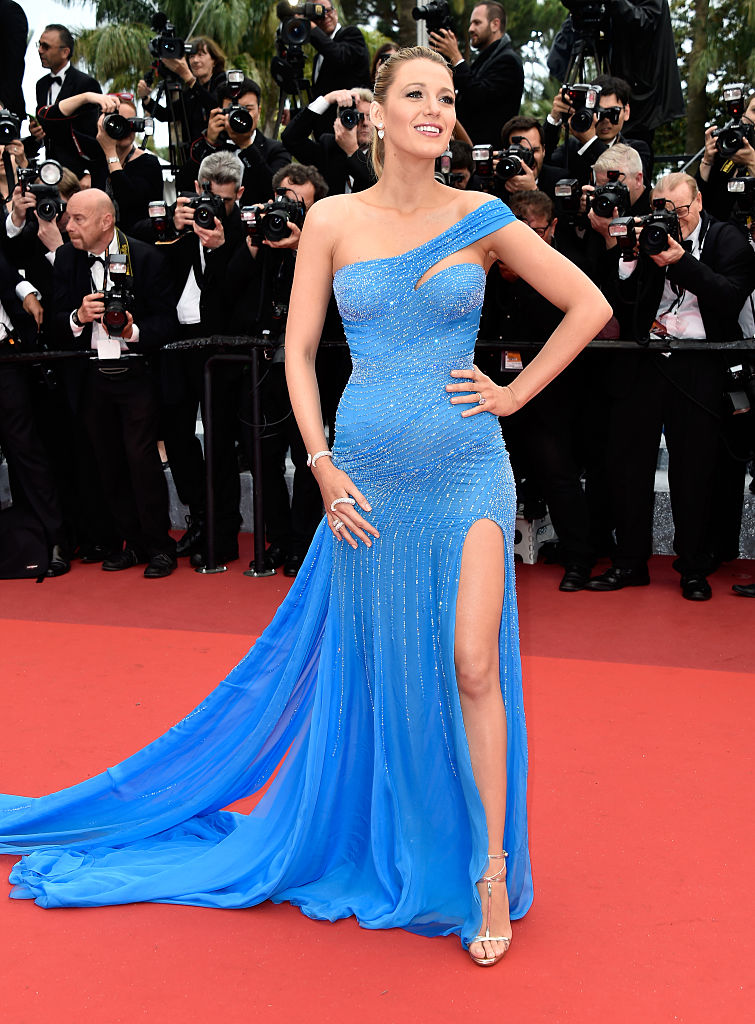 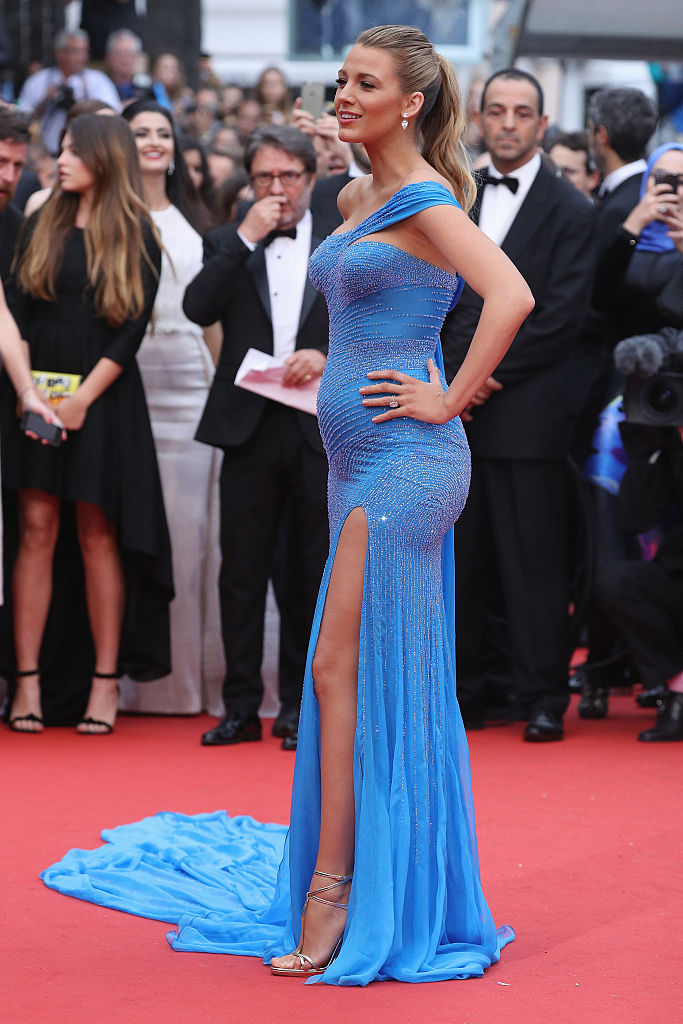 Here she’s wearing Atelier Versace and I love the sexiness of this dress, look at her work that leg! The extra layers of fabric balance out the exposed leg and décolletage. 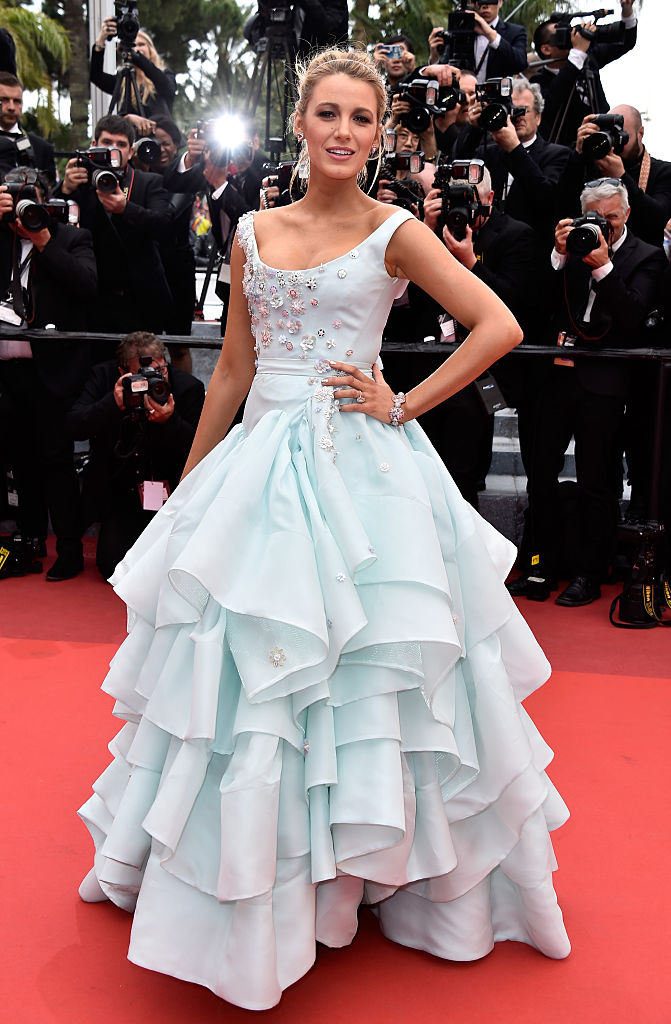 attends the “Slack Bay (Ma Loute)” premiere during the 69th annual Cannes Film Festival at the Palais des Festivals on May 13, 2016 in Cannes, France.

In a dress by Vivienne Westwood, the empire waist line and puff layered skirt is perfect for her baby bump. 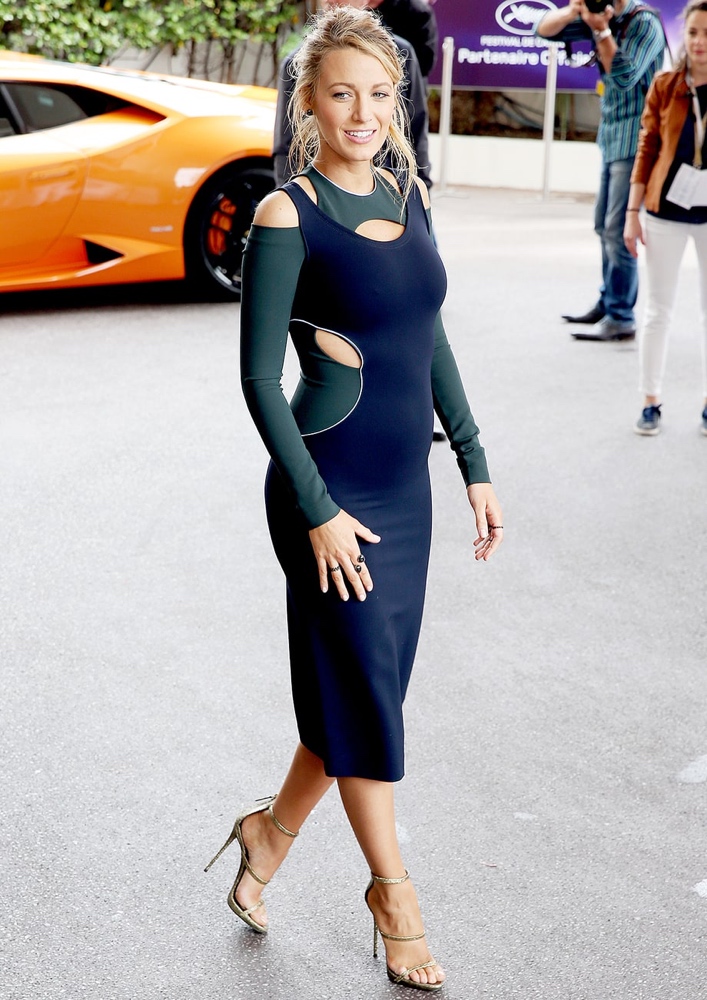 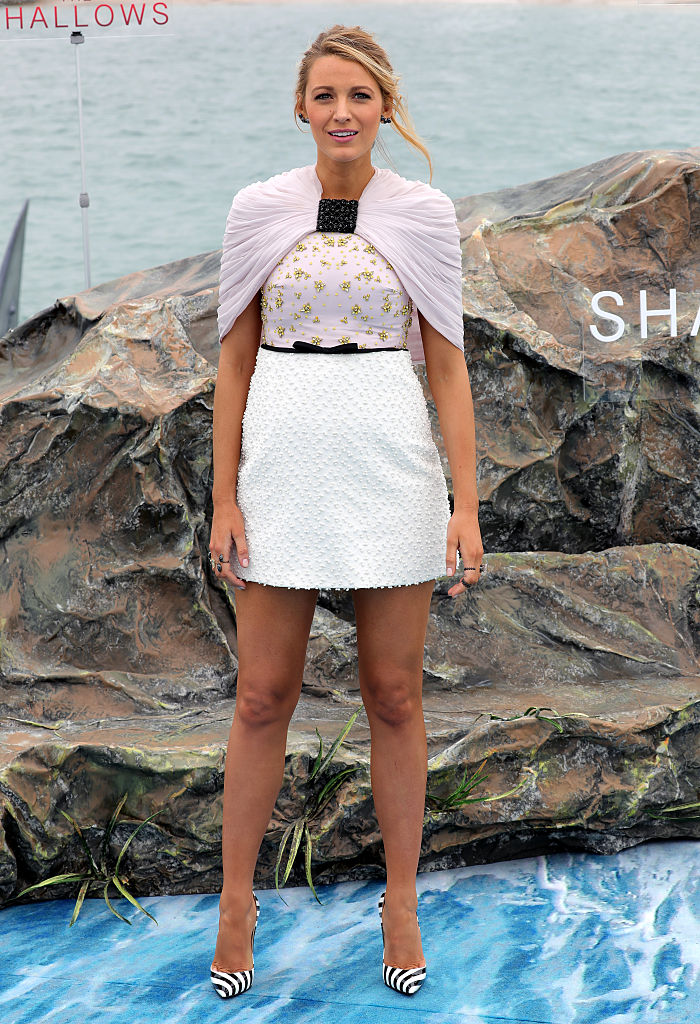 CANNES, FRANCE – MAY 13: Blake Lively attends the “The Shallows” photocall during the 69th annual Cannes Film Festival at the Palais des Festivals on May 13, 2016 in Cannes, France. 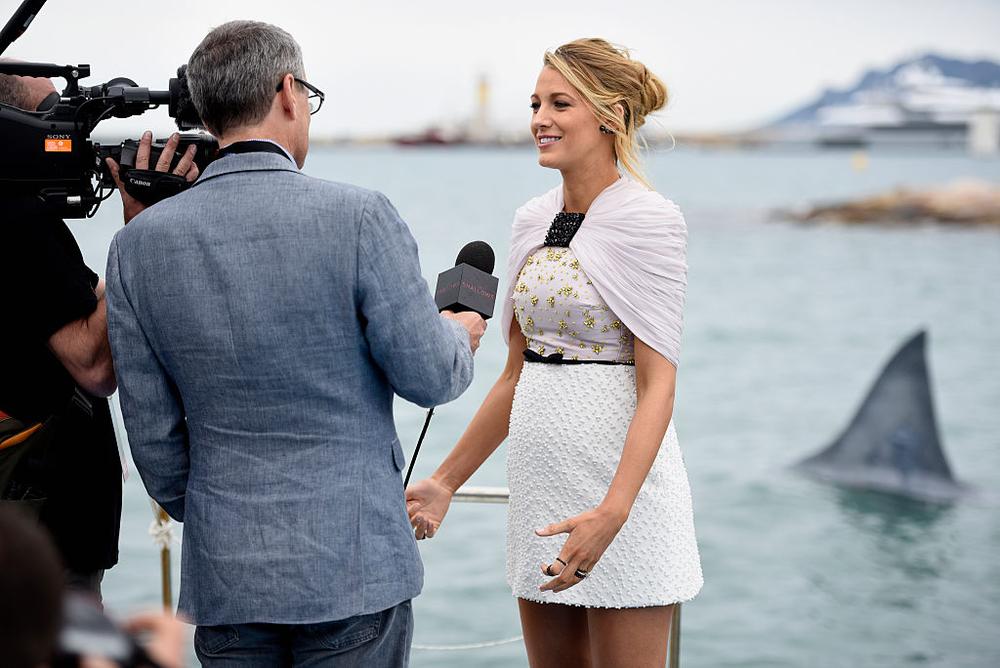 I love this Giambattista Valli Haute Couture dress on her, it’s short but Blake makes it work even when she’s pregnant. Talk about legs for days… 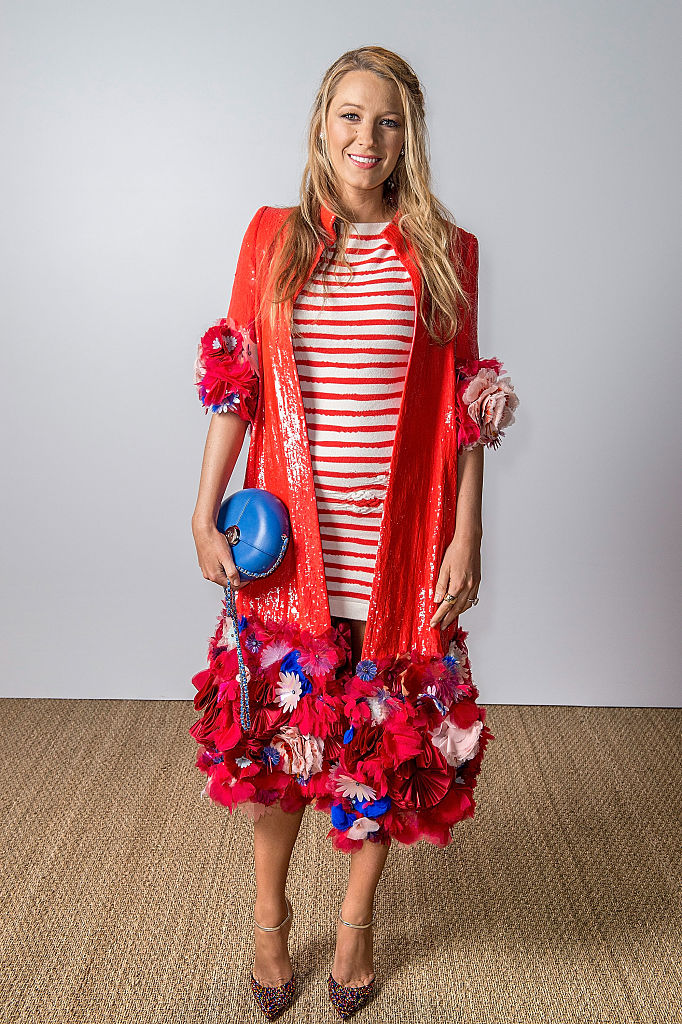 CANNES, FRANCE – MAY 12: (EDITORS NOTE: This image has been retouched at the request of the client.) Blake Lively attends the Vanity Fair And Chanel Dinner during The 69th Cannes Film Festival at Restaurant Tetou on May 12, 2016 in Cannes, France.

Here she is in a Chanel Haute Couture coat that really should be mine. The coat does a very good job at hiding her bump, one trick we’ve seen with our previous stylish mums in this series. 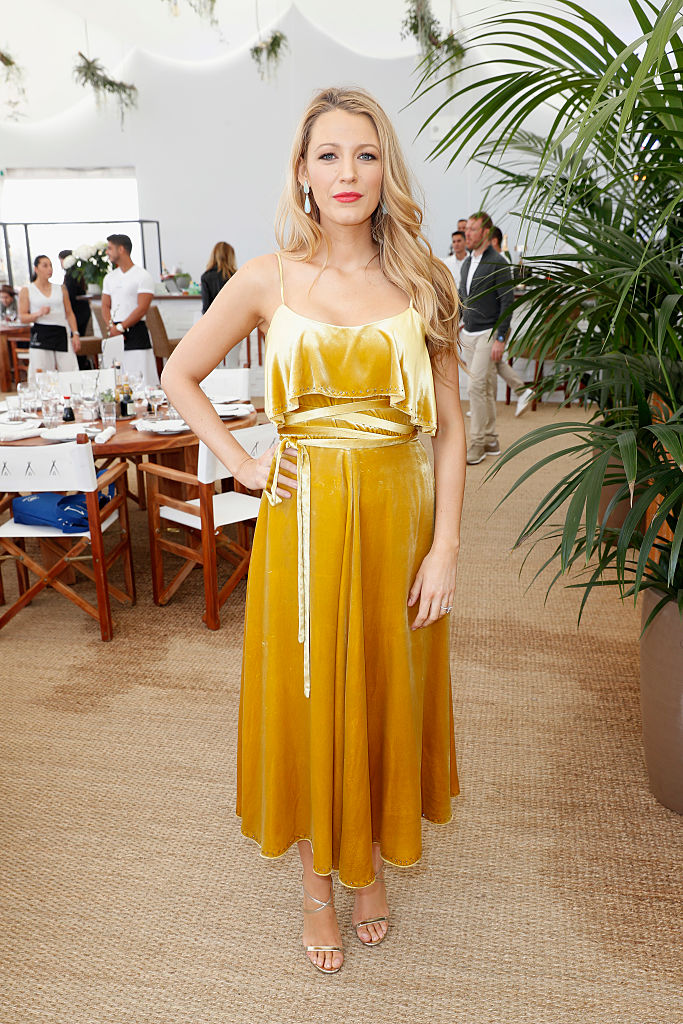 This saffron velvet Valentino has the perfect empire waist cut for the baby bump. The multiple string belt and defines the top half of her torso, leaving the flared skirt to hide her baby bump in the lower part of her belly. 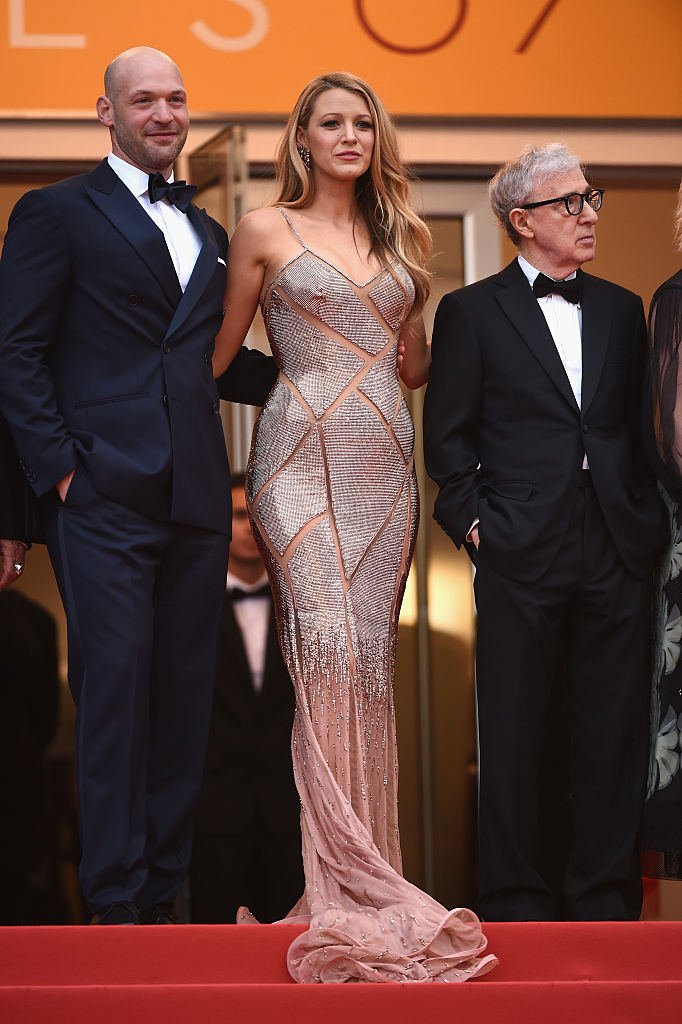 CANNES, FRANCE – MAY 11: Actors Corey Stoll and Blake Lively and Director Woddy Allen attend the “Cafe Society” premiere and the Opening Night Gala during the 69th annual Cannes Film Festival at the Palais des Festivals on May 11, 2016 in Cannes, France.

Here she is in another Atelier Versace dress. 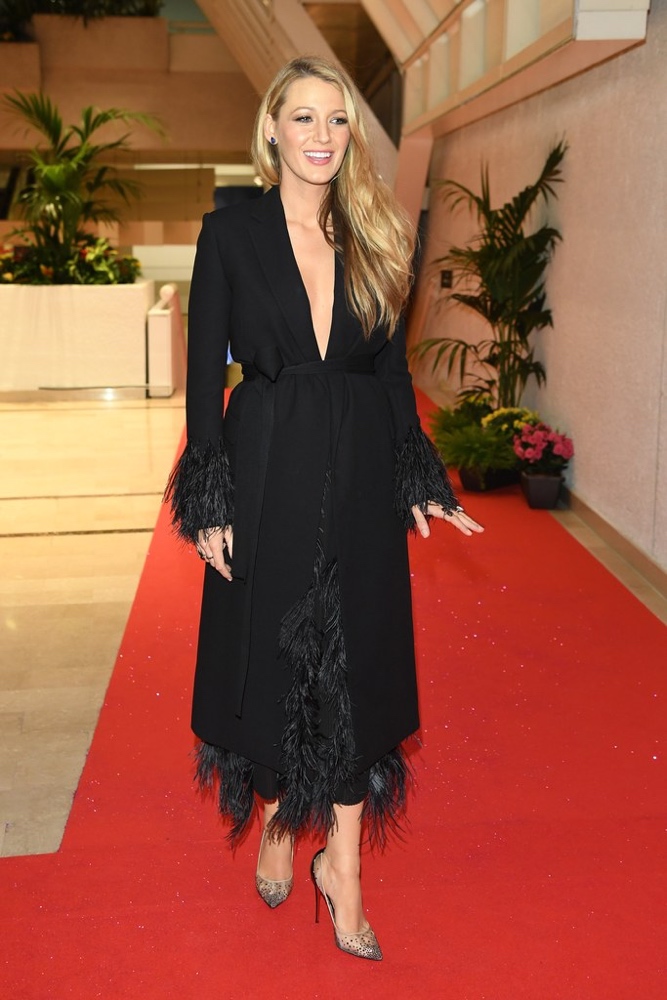 This black feathered outfit by Salvatore Ferragamo is perfect because of the deep V-neckline. If it wasn’t there, she could’ve looked a bit frumpy but she doesn’t. 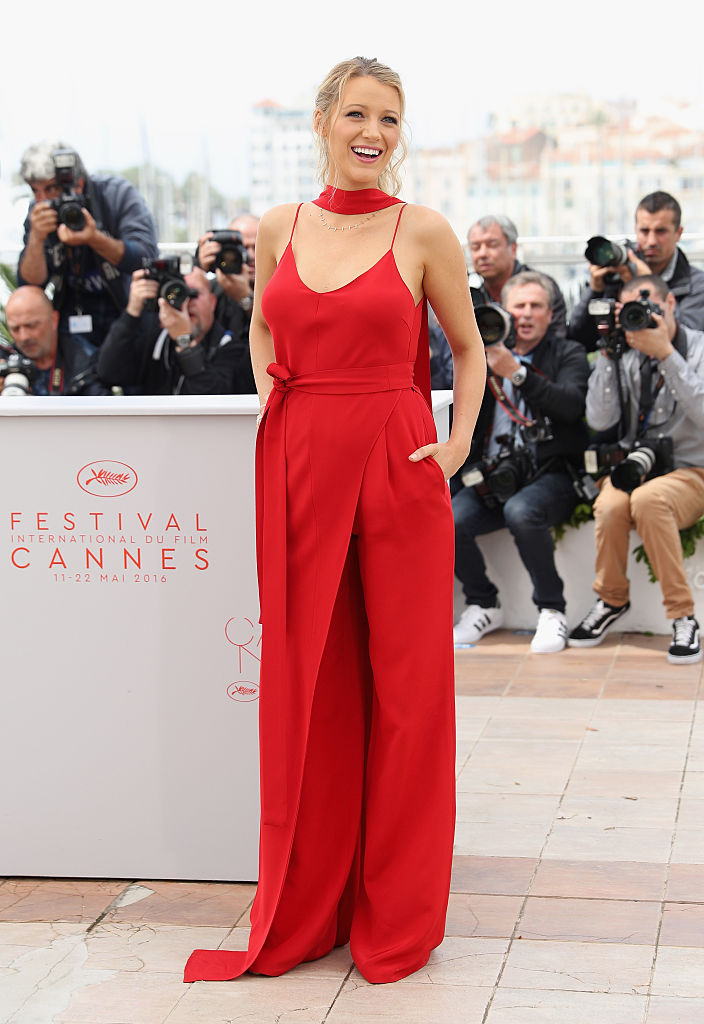 CANNES, FRANCE – MAY 11: Blake Lively attends the “Cafe Society” Photocall during The 69th Annual Cannes Film Festival on May 11, 2016 in Cannes, France. 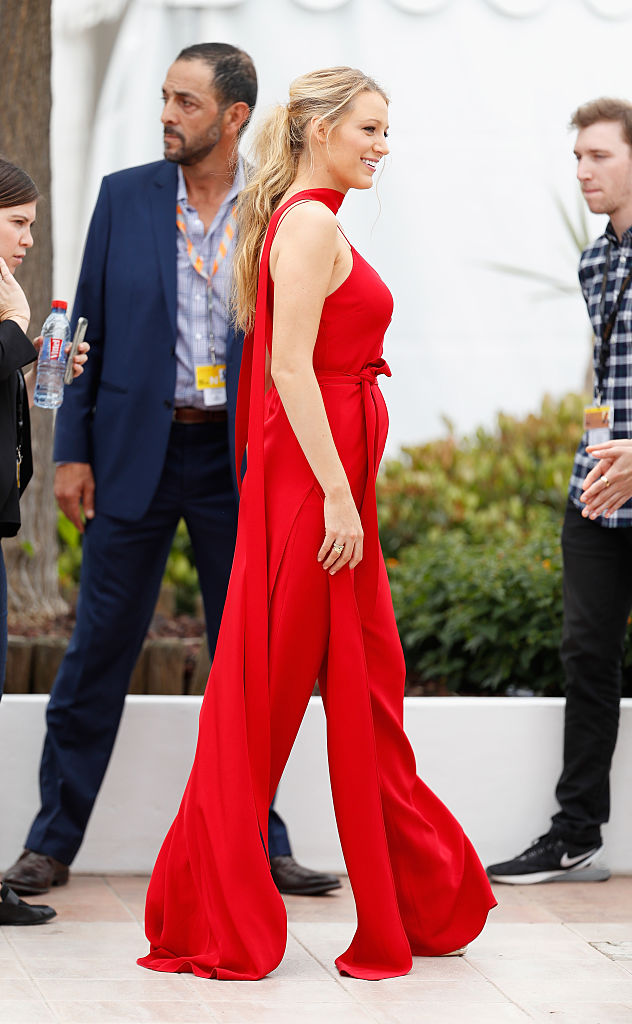 CANNES, FRANCE – MAY 11: Blake Lively attends the “Cafe Society” Photocall during The 69th Annual Cannes Film Festival on May 11, 2016 in Cannes, France.

This red jumpsuit byIn Juan Carlos Obando is everything! The floor length flap that starts from her waist conceals the bump and the long wide legs pants help elongate her body, making her look even slimmer. 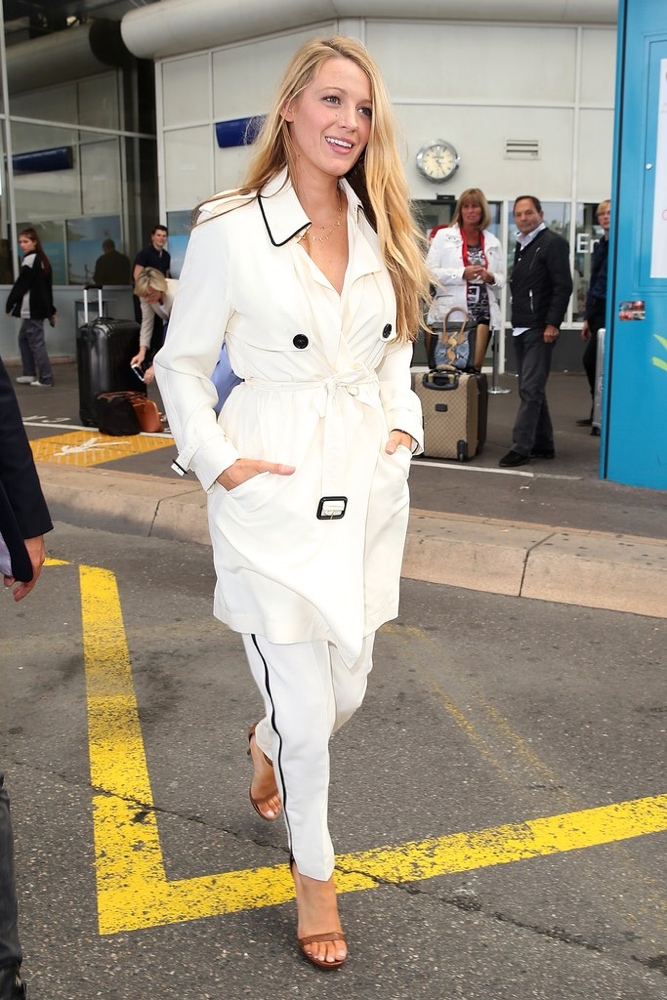 Blake is wearing a classic Burberry trench coat here with a cinched waist.

Another Burberry looks she wore recently was to the 2016 Met Gala, a dress that comes with a detachable cape. Stunning! 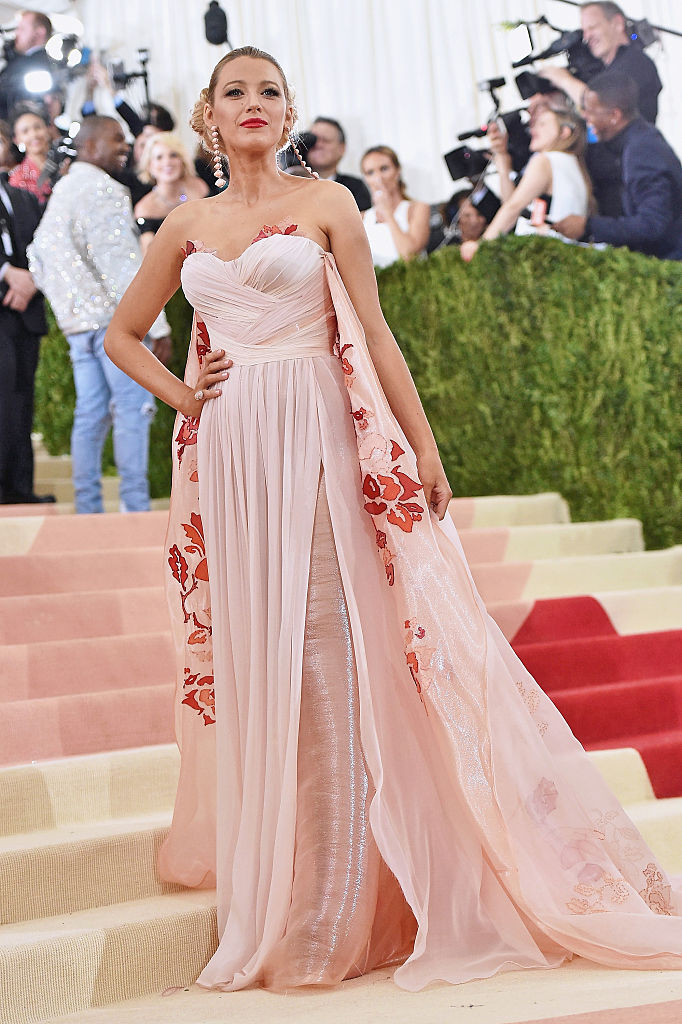 NEW YORK, NY – MAY 02: Blake Lively attends the “Manus x Machina: Fashion In An Age Of Technology” Costume Institute Gala at Metropolitan Museum of Art on May 2, 2016 in New York City.

Now we’ll look at some looks from her first pregnancy and we’ll start with her casual looks. She has quite a bohemian style and you’ll see lots of jackets, knee high and ankle boots. Jackets as well know, conceal the bump perfectly and my thinking is Blake just add the boots to accentuate her long legs in colder months since she can’t expose her legs, great tip. 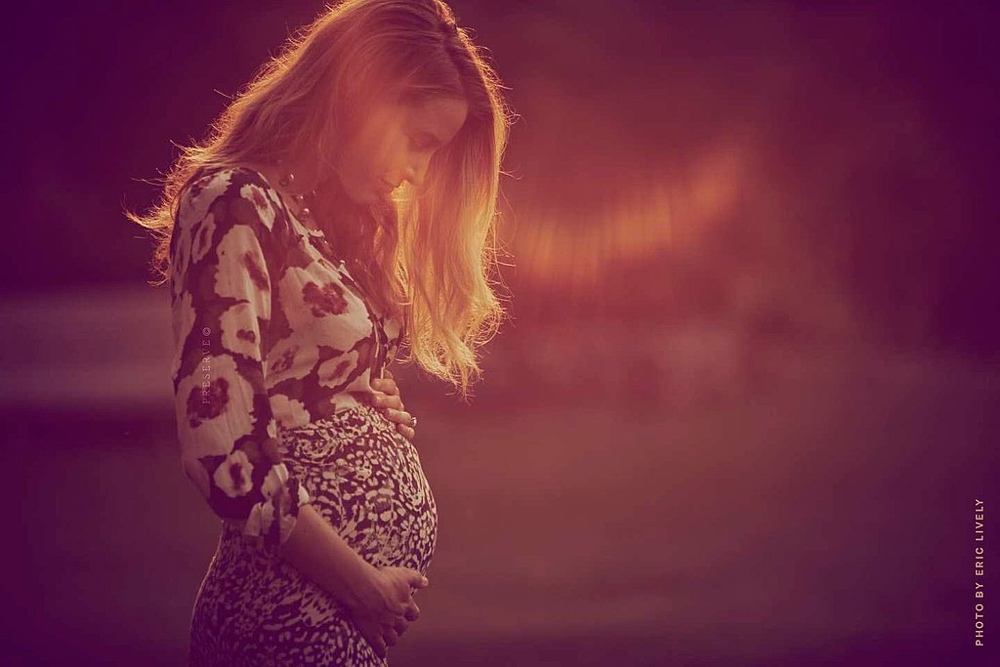 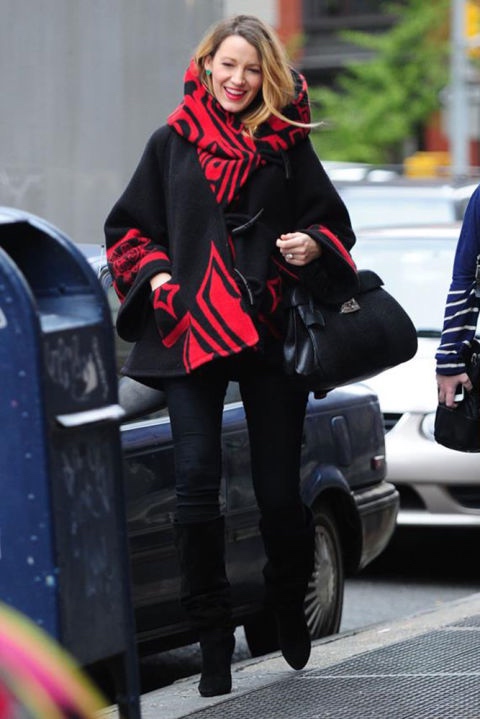 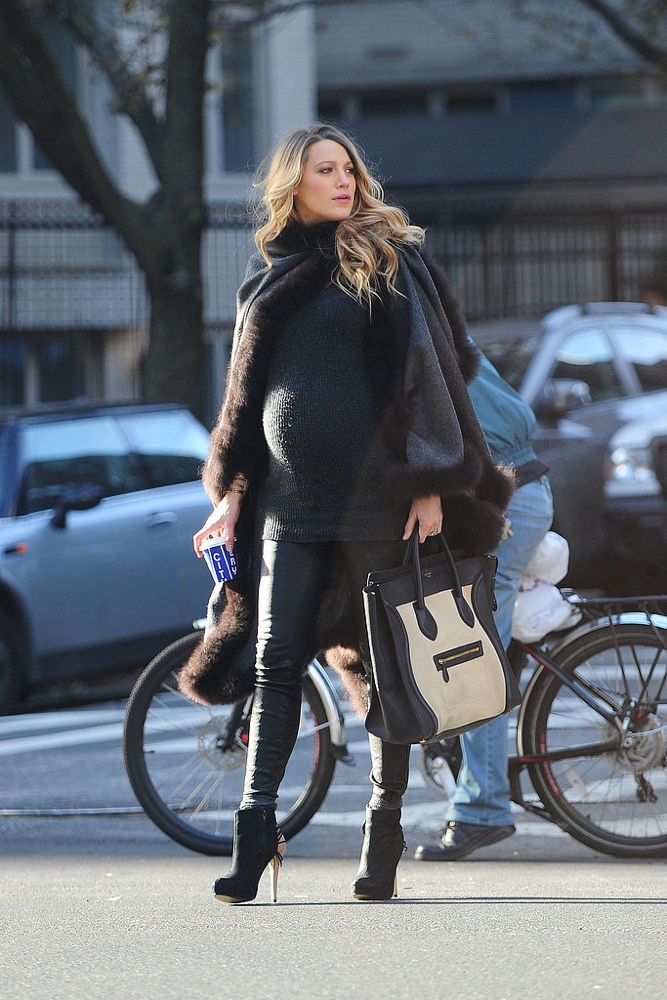 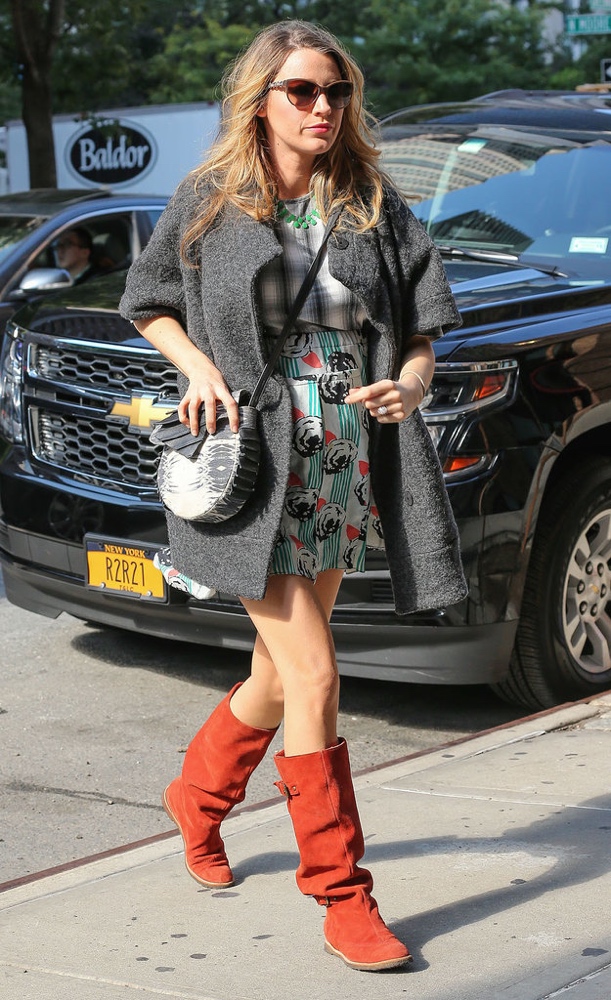 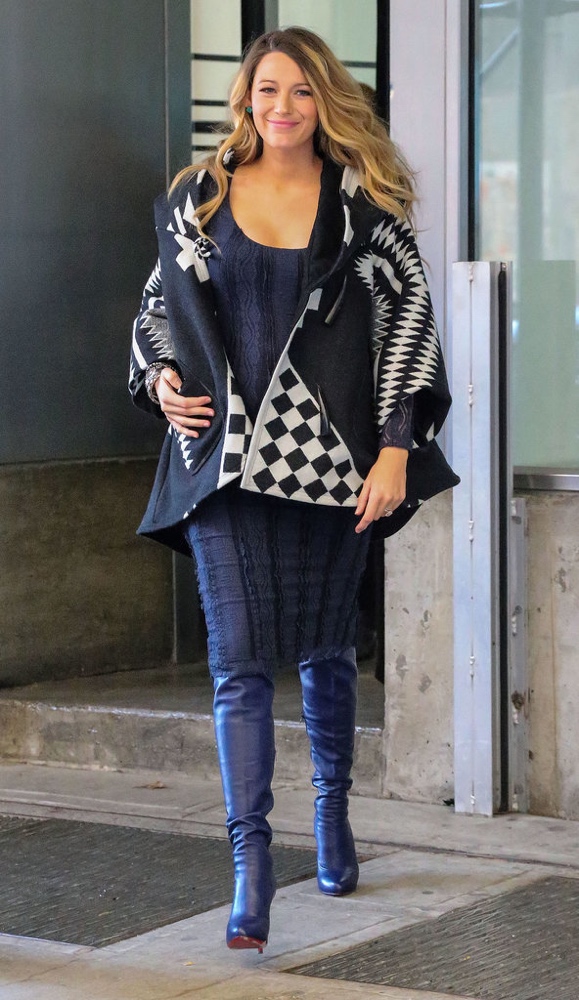 She doesn’t just wear boots and jackets, she also looks great is casual dresses and skirts too. 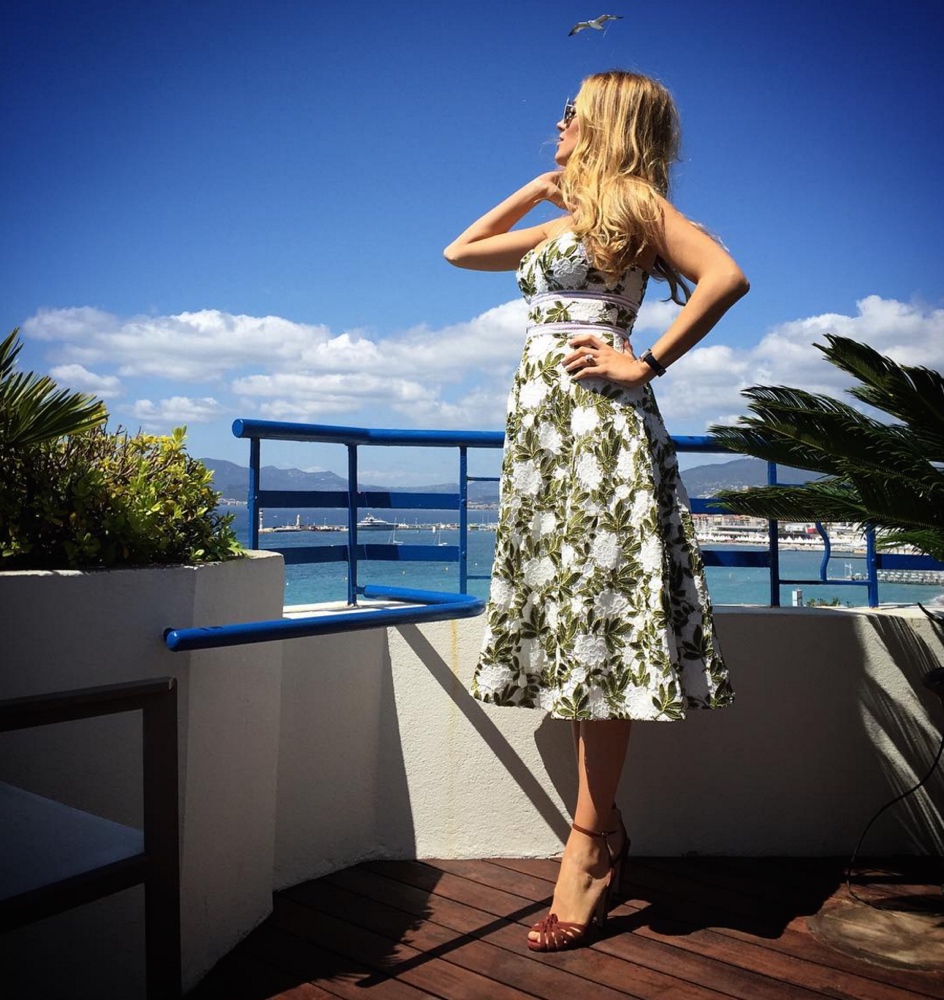 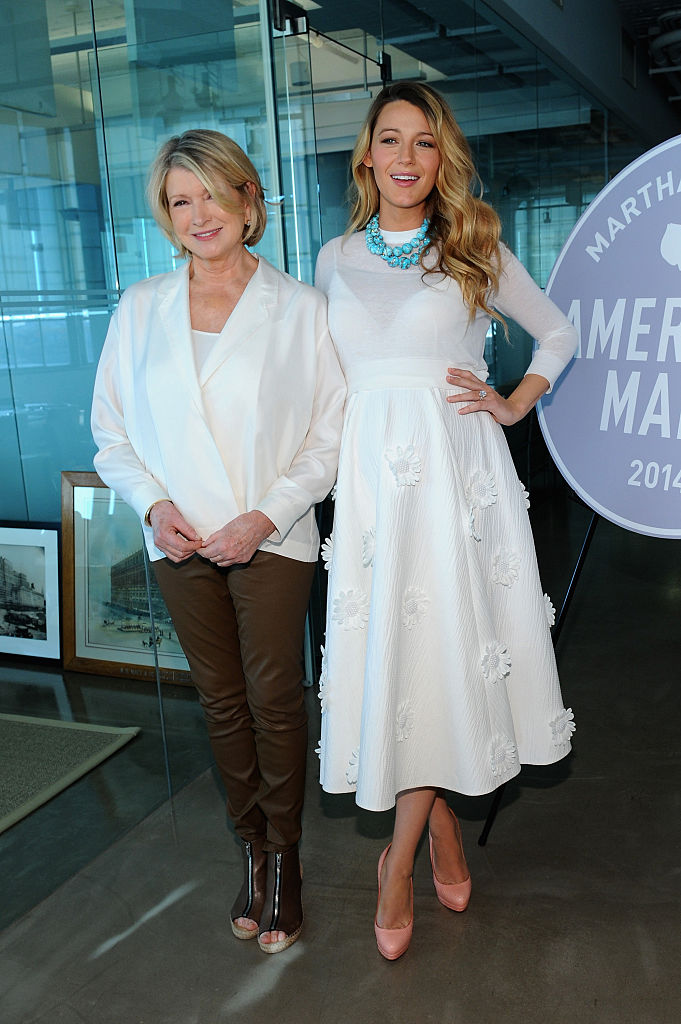 I’m not pregnant but I’m definitely recreating this white outfit soon, love the pop of colour with the turquoise necklace. 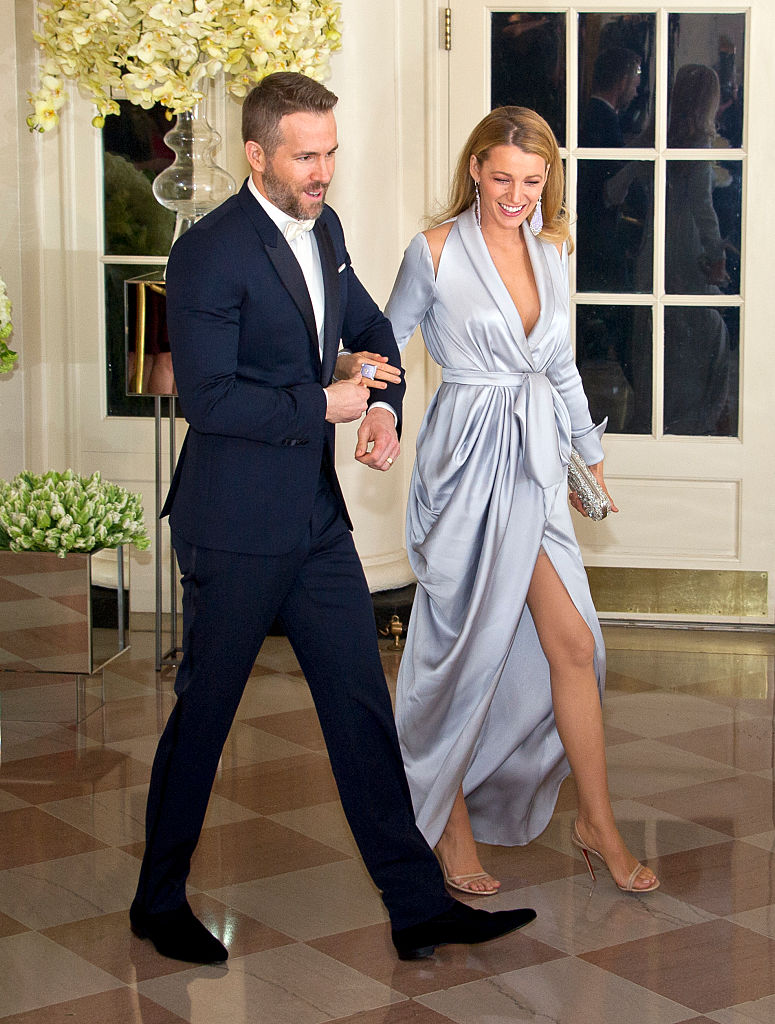 WASHINGTON, DC – MARCH 10: (AFP OUT) Actors Ryan Reynolds and Blake Lively arrive for the State Dinner in honor of Prime Minister Trudeau and Mrs. Sophie Trudeau of Canada at the White House March 10, 2016 in Washington, DC. 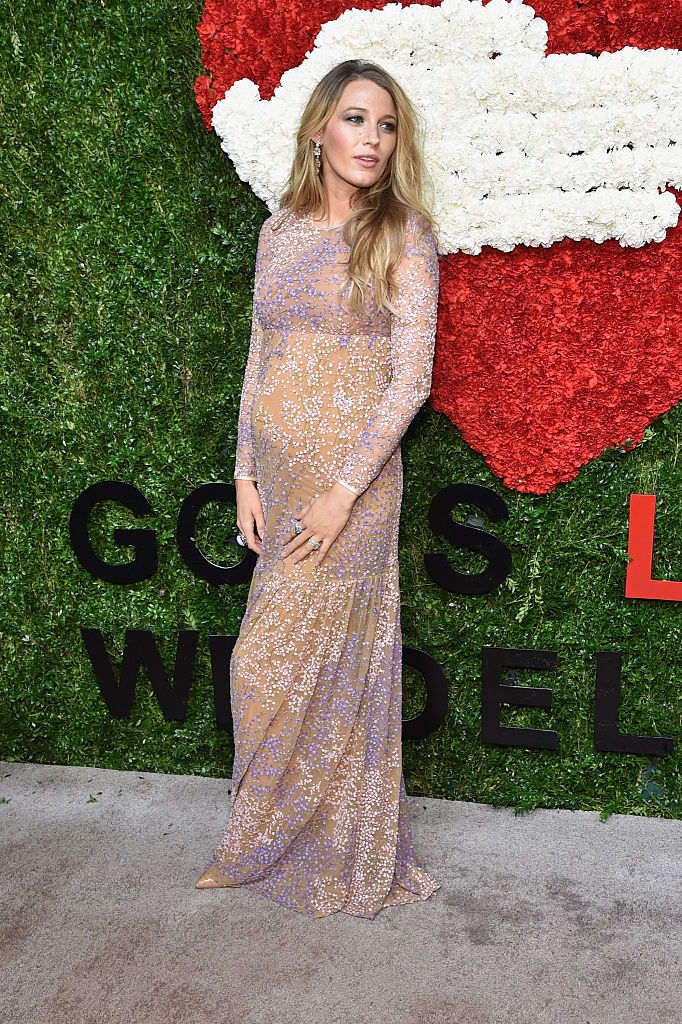 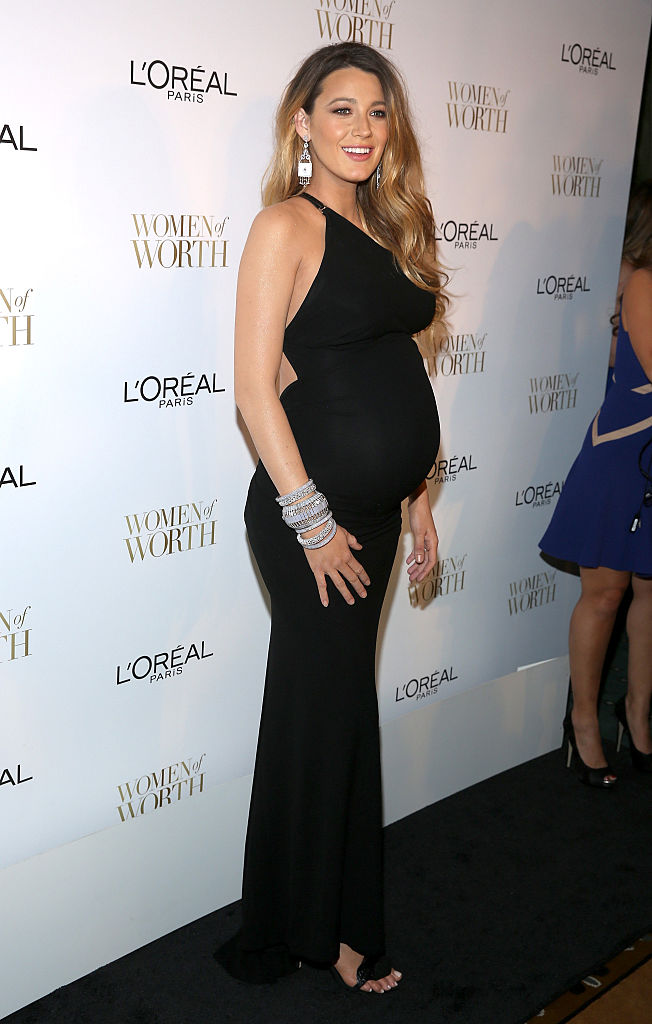 As always, this has been another super stylish edition if the BN Style Your Bumps series. If you just joined us and this is your first edition of the series, here are a few things to note:

Hope you loved this edition as much as I did, look out for more stylish mums.

Celebrity Stylist Kanayo Ebi is Ladybrille’s Woman of the Month for May 2016!