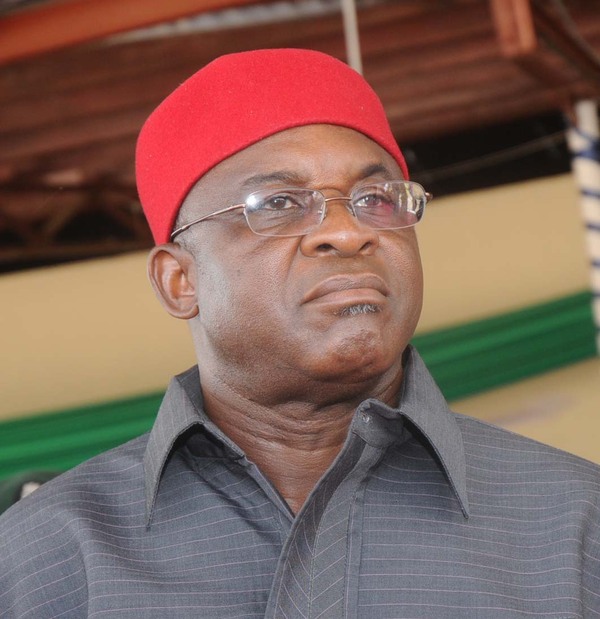 Former Senate President, David Mark, has called on Nigerians not to despair in the face of the daunting economic and socio-political challenges but to remain steadfast.

This is contained in a goodwill message sent by Senator Mark on Saturday in Abuja to mark Democracy Day. The statement signed by Paul Mumeh, Media Assistant to Mark and made available to the News Agency of Nigeria (NAN), quoted Mark as saying that it was by deliberate choice that Nigeria chose Presidential System.

Mark said that the nation chose presidential democracy because it was representative and participatory.

He said that the 2016 Democracy Day was a very unique one.

“It is unique because it is the first time in the last 17 years of uninterrupted civilian administration that an opposition political party is in charge,” Mark said.

In spite of the criticism, he noted that the solid foundation the Peoples Democratic Party (PDP) administration put in place for 16 years, guaranteed the congenial atmosphere that enabled an opposition party to win elections.

“The PDP provided the enabling environment for democracy to thrive. It never hindered or prevented opposition parties from operating. Everyone had access and the political space was free for all,” he said.

He urged governments at all levels to initiate policies and programmes that were in consonance with the wishes and aspirations of the people.

Mark said that any programme or policy that tended to bring misery on the citizenry could not be adjudged a good package.

He called for an egalitarian society where every citizen irrespective of political, religious or ethnic leaning would be free to pursue his or her legitimate ambition.