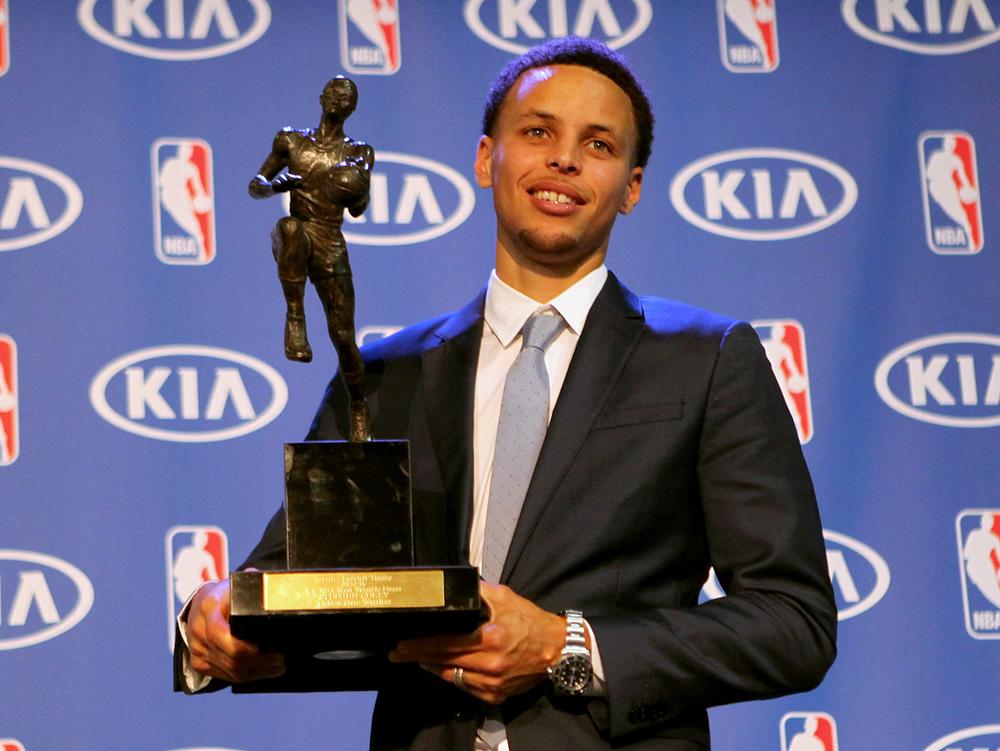 Oakland’s Golden State Warriors guard, Stephen Curry, became the first unanimous MVP winner in NBA history on Tuesday, earning all 131 first-place votes from a group of NBA sportswriters and broadcasters, for a total of 1,310 points.

Speaking at a news conference on Tuesday afternoon at Oracle Arena in Oakland, California, Curry said he never meant to revolutionize the game, as some have said his three-point shooting skill has done.
“I want to be remembered as someone who worked hard, that got the most out of my potential and talent and pushed the envelope,” he said.

After complimenting Warriors management for putting together the organization, Curry said: “We’re definitely on the right path to being one of those historic teams that people remember for a very long time. Let’s keep this thing going.”