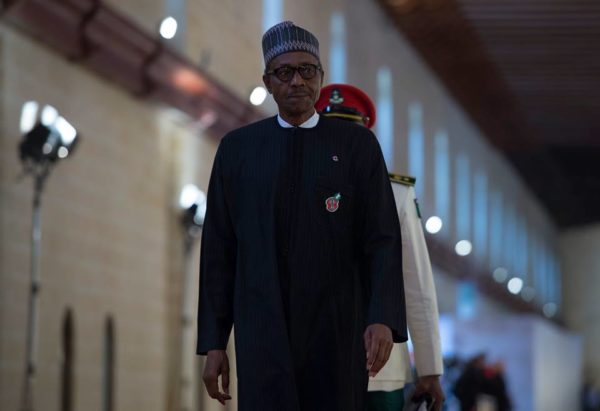 The Lagos State Government on Saturday said it would formally welcome President Muhammadu Buhari on a two-day working visit to the state on Monday.

This is contained in a statement issued by the state’s Commissioner for Information and Strategy, Steve Ayorinde, which was obtained by the News Agency of Nigeria (NAN) in Lagos.

In the statement, Ayorinde said that this would be Buhari’s first official visit to the state since he assumed office about a year ago.

Ayorinde said that the President, during the visit, would formally commission the Lagos State Emergency Management Agency (LASEMA) Rescue Unit, at Cappa, near Oshodi, in the state.

He said the Rescue Unit was built by the State Government to ensure prompt and swift response to emergency situations.

Ayorinde said the President would thereafter commission the newly-constructed Ago Palace Way in Okota, Isolo after which he would pay homage to Oba Rilwan Akiolu of Lagos.

The Commissioner also said that president Buhari would later in the day be hosted to a reception at the Tafawa Balewa Square, Lagos. He said that there he would also commission and hand over security equipment and vehicles contributed by the State Government to the security agencies, to beef up security in the state.

The commissioner said that activities for the first day of the President’s visit would be rounded up with a State Banquet in his honour at the Eko Hotels and Suites, Lagos.

He said that the President will on Tuesday participate as Special Guest of Honour at a breakfast session with Corporate Lagos, to be hosted by Governor Akinwunmi Ambode, at the Lagos State House, Marina.

Ayorinde said after the breakfast session, President Buhari would have a short session with the public service at the State House, Ikeja.

He, however, urged residents to bear with law enforcement agents and traffic control authorities who would effect road diversions in some of the routes that the President’s motorcade would pass through during the visit.

Ayorinde added that the governor was joyous over the landmark presidential visit to the state that contributed so much to his emergence as President.