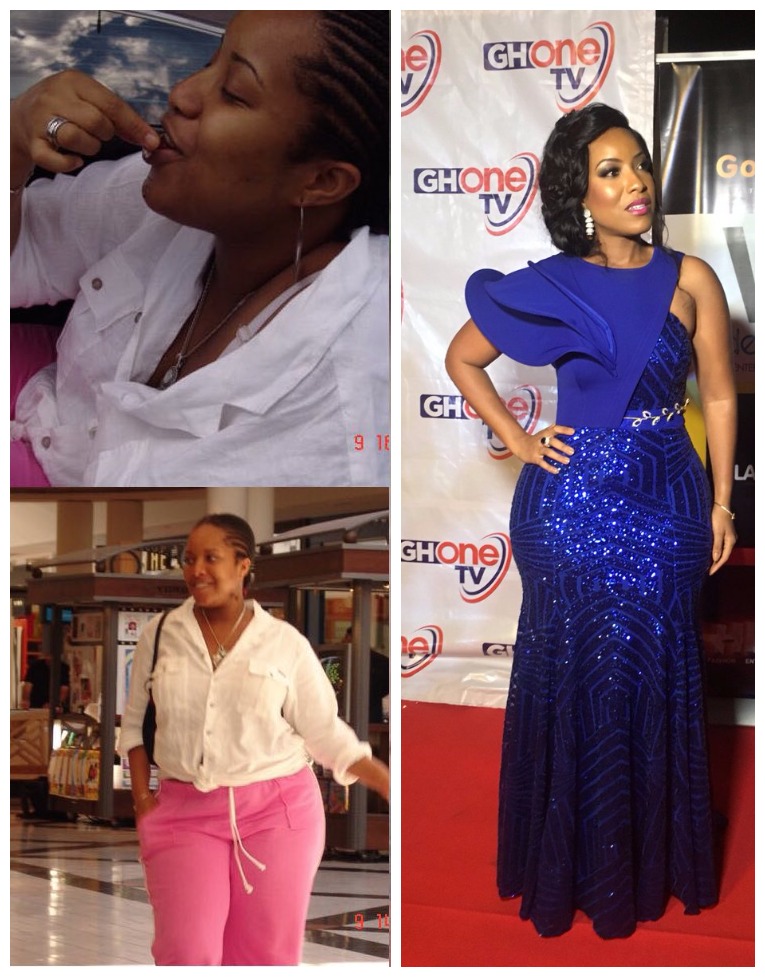 Joselyn before her weightloss | Joselyn yesterday at the Golden Movie Awards

Joselyn Dumas inspired us in several ways this weekend!
She started things off by sharing her before and after weightloss photos on Twitter. Over the years, fans have admired Joselyn’s curvy shape but many do not know she was once overweight.

On Saturday, the Ghanaian actress shared this tweet and photo.
In her words;

“She believed she could, so she did”.
Don’t be ashamed to tell your story, it will inspire others” 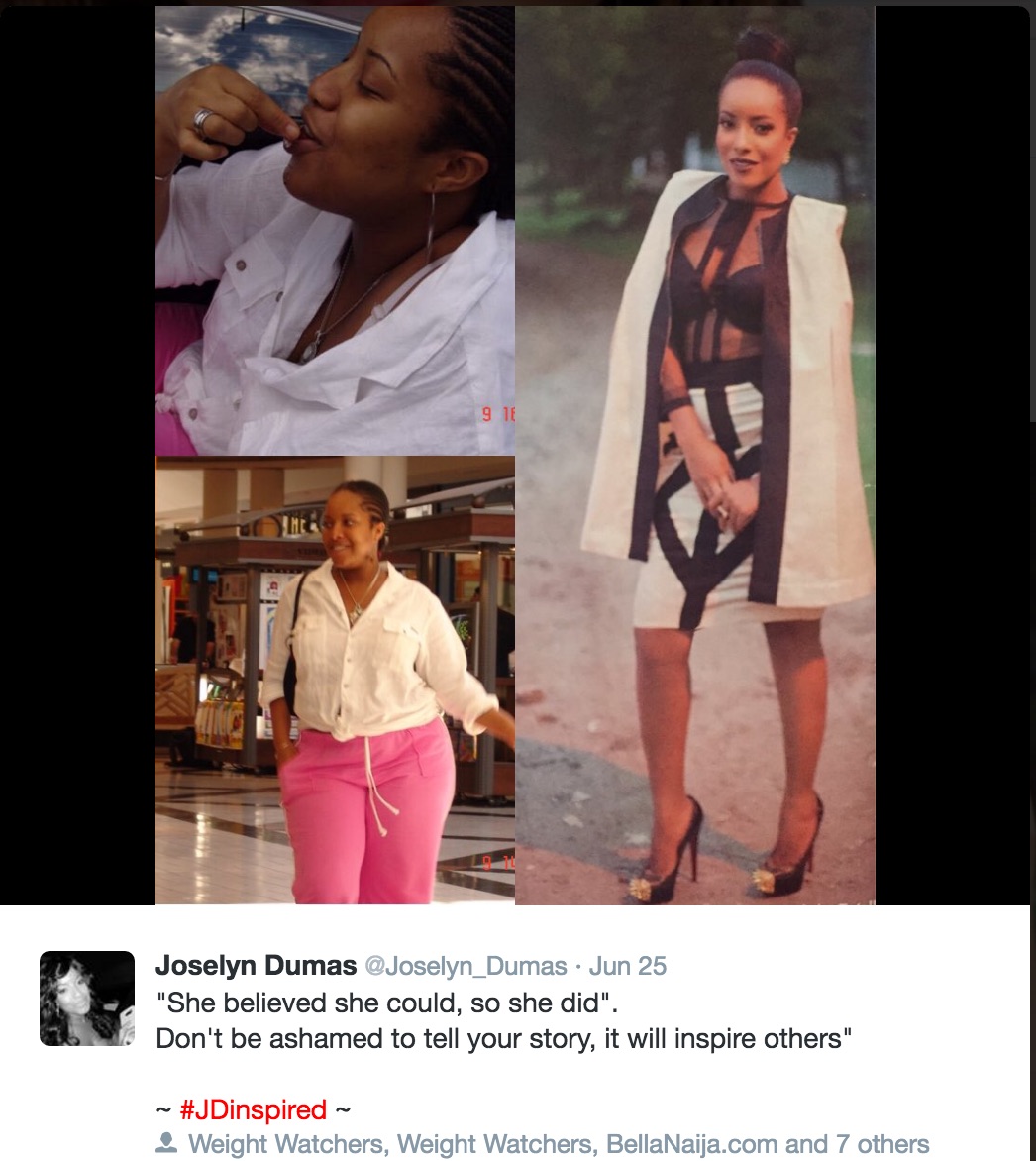 The tweet trended all day. Later that night, Joselyn was rewarded for her acting talent as she won the Best Actress in a TV Series gong for her role in “Shampaign” at the Golden Movie Awards 2016.