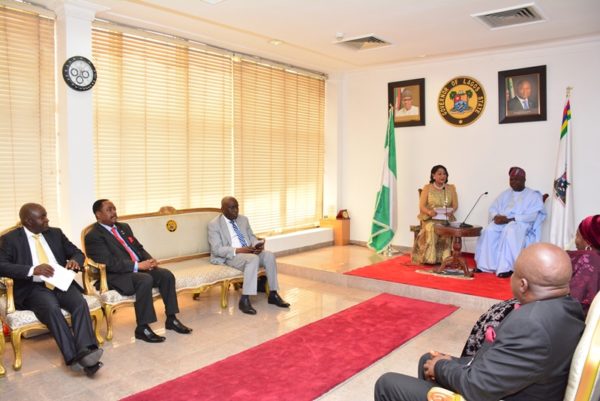 Governor Akinwunmi Ambode of Lagos State on Monday said the state had signed a Memorandum of Understanding (MoU) for the development of a top-class International Convention Centre over a space of 30,000 square metres in Victoria Island, Lagos.

Ambode spoke when a delegation of the Lagos Chamber of Commerce and Industry (LCCI) led by its President, Nike Akande, paid him a courtesy visit at the State House, Alausa.

He said that a mega-city like Lagos could not do without such infrastructure on ground.

Ambode said by the time the project was completed, it would compete favourably with the convention centre in Dubai and terminally solve the challenge the chamber was facing.

“It will provide a top-class platform where you can continually hold exhibitions year round and not necessarily wait till November when the chamber holds its trade fair,” Ambode said.

He reiterated his government’s commitment to ensuring a vibrant economy by improving the ease of doing business and partnering with the private sector.

Earlier, Akande commended Ambode for his achievements in the last one year saying governance in the state had gained a new momentum despite the downturn in the economy.

Akande called for the development of a befitting expo centre in the state and urged the government to prevent the use of the International Trade fair centre for purposes it was not meant for.

Related Topics:Governor Akinwunmi AmbodeLagos Chamber of Commerce and Industry (LCCI)
Up Next