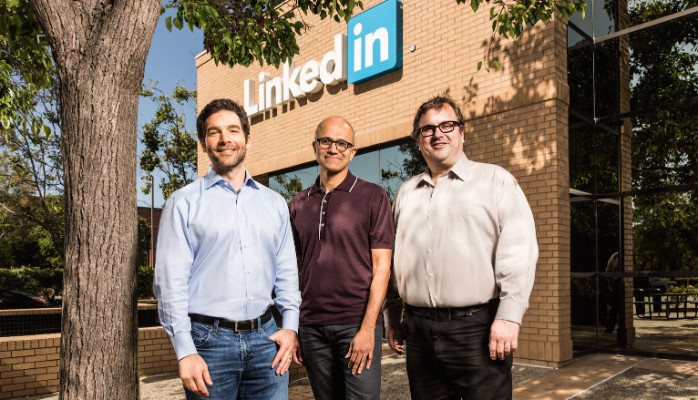 The world of tech was rocked today when LinkedIn CEO, Jeff Weiner announced that they had brokered a $26.2 billion deal with Microsoft. Microsoft would be acquiring professional social platform LinkedIn for $196 per share.

Employees of LinkedIn received the news via email which Jeff Weiner eventually pushed out as a statement to the public. He said “little is expected to change” and employees will have the same titles and managers. He also shared some ideas for how LinkedIn’s services could be integrated into Microsoft’s products, such as weaving LinkedIn’s graph into Outlook, Calendar, Office, Windows, and other Microsoft apps. 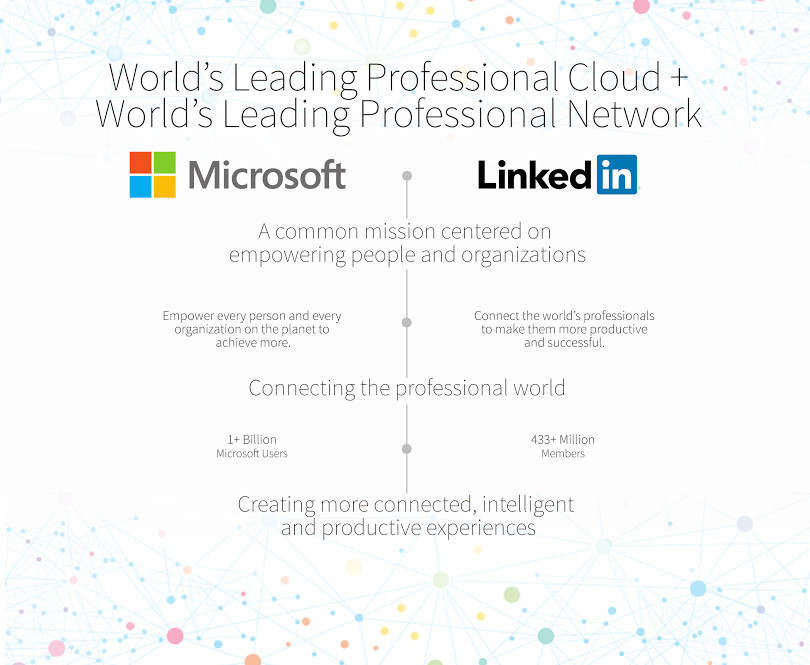 He will stay on as CEO of LinkedIn and report to Microsoft CEO Satya Nadella. The deal was unanimously approved by both companies’ boards, and is expected to close by the end of the year although the acquisition is subject to approval by LinkedIn shareholders and regulators.

“The LinkedIn team has grown a fantastic business centered on connecting the world’s professionals,” Nadella said in a statement. “Together we can accelerate the growth of LinkedIn, as well as Microsoft Office 365 and Dynamics as we seek to empower every person and organization on the planet.”

Watch Him and Nadaella here!

After the announcement was made, LinkedIn shares rose by 47 percent to almost $193, while Microsoft’s stock went down by 3.2 percent.

Here’s an excerpt of his letter here:

When Satya first proposed the idea of acquiring LinkedIn, he said it was absolutely essential that we had alignment on two things: Purpose and structure. On the former, it didn’t take long before the two of us realized we had virtually identical mission statements. For LinkedIn, it was to connect the world’s professionals to make them more productive and successful, and for Microsoft it was to empower every individual and organization in the world to achieve more. Essentially, we’re both trying to do the same thing but coming at it from two different places: For LinkedIn, it’s the professional network, and for Microsoft, the professional cloud.

One exception: For those members of the team whose jobs are entirely focused on maintaining LinkedIn’s status as a publicly traded company, we’ll be helping you find your next play. In terms of everything else, it should be business as usual. We have the same mission and vision; we have the same culture and values; and I’m still the CEO of LinkedIn.”

I wanted to conclude on a familiar note. One of the most memorable moments I’ve experienced at LinkedIn was ringing the bell at the NYSE. I remember the All Hands we had following the event like it was yesterday. During that meeting, we reinforced the fact that becoming public was not the end game, but rather a stepping stone in the process of our ultimate objectives. We finished the All Hands with two words that have become LinkedIn’s unofficial mantra: “Next play.” In other words, don’t dwell on the past, lingering for too long on a lesson learned, or the celebration of a special accomplishment, but rather focus on the task at hand. It’s a mantra that’s served us well.

Meanwhile rumours have been swirling on Wall Street about Twitter buying Yahoo and it’s Subsidiary businesses.