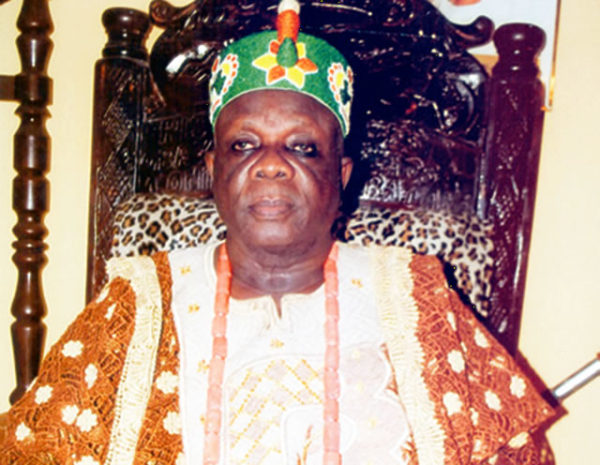 The family of the abducted monarch of Iba town, Ojo Local Government Area, Lagos, Oba Yushau Oseni, say the kidnappers have contacted them demanding N500 million as ransom for his release.

One of the king’s daughters and former Chairperson, Iba Local Government Council, Ramota Oseni,‎ said the abductors had contacted the family since July 20.

The 74-year -old traditional ruler, was abducted in his Palace at Iba ‎on July 16 at about 8PM.

Ramota said the family decided not to make the ransom public since then for security reasons, as they thought they could resolve it internally.

She said the family had negotiated with the abductors ‎to pay N40 million which was not available but had contacted the state government to augment so that he would be released.

‎According to her, it was to the family dismay that the state government, through the Commissioner for Local Government and Chieftaincy matters had not responded since then.

“I immediately called the commissioner to inform him of the development and to get across to the state government. But ‎subsequent calls to his phone since then were unanswered and he did not get back to us either,” she said.

Ramota said the family also called on the Commissioner of Police, Fatia Owoseni but to no avail.

The Lagos State Commissioner of Police, Fatai ‎Owoseni in a telephone interview with newsmen, said it was not advisable to make the ransom public.

Owoseni said such issues when discussed in the public domain would encourage the kidnappers.

He said that investigation was ongoing to rescue the monarch and disclosing the strategy of the police toward this would jeopardise their effort.

Meanwhile, the Iba Youth Forum had planned to stage a protest to demand the release of their community’s ruler.

They barricaded the Iba expressway early in the morning on Friday until one of monarch’s sons‎ appealed to them to maintain peace.

The youth resorted to accusing the state government of neglecting the matter and being unresponsive to the ransom for his release.

“After all, the ‎state government had paid about N200 million for the release of a Chinese expatriate kidnapped in Epe sometime ago. So, why that of a first class king who is aged 74 different?,” they said.

They also accused the police of withdrawing its personnel from the Palace and town, three days after the incident.

Teenagers Arrested in Akwa Ibom for Possession of Human Skull

“Wakaa! The Musical” made its’ London Debut with a Sold Out Opening Night + Watch the Spotlight on BBC News!