"Wakaa! The Musical" made its' London Debut with a Sold Out Opening Night + Watch the Spotlight on BBC News! 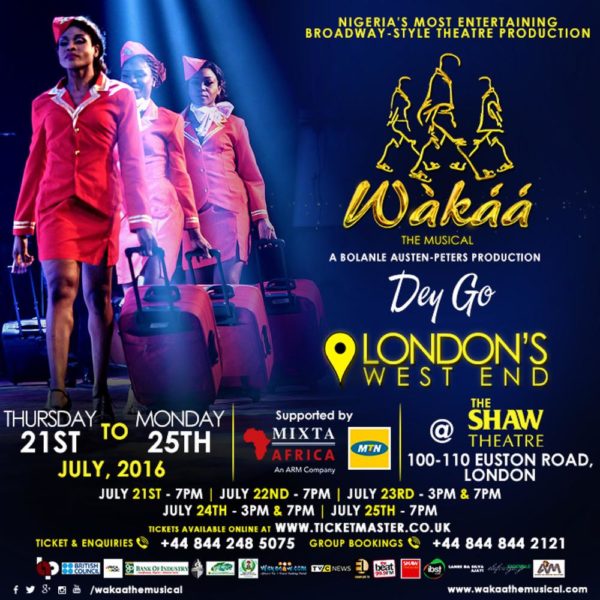 We are so excited and proud of “Wakaa! The Musical”.

“Wakaa! The Musical” has become the first Nigerian musical to ever make it to the British capital which is no small feat. The Bolanle Austen-Peters Production landed a slot in London’s world-class theater district and last night (Thursday, July 21st) was the opening night and it was sold out!

“Wakaa! The Musical” is a play about the trials, successes and experiences of graduates with varied backgrounds, a wager between them after graduation has a twist when the realities of life and the folly of their choices hit them. Eventually they reunite, coming full circle. The story reveals the struggles and challenges young people face in present day Nigeria and abroad. The story takes you on an emotional roller coaster and is a strong satire of Nigeria’s politics.

The opening night was spotlighted by BBC News. Check it out below.

Did any of our BNers catch the opening night? If you missed the opening night, not to worry as there are still 4 more days for you to be a part of all the excitement at the Shaw Theatre in London.

Catch “Wakaa The Musical” in London this summer with 7 shows lined up for 5 days. You can get your tickets here.

Related Topics:Wakaa - the Musical
Up Next