From Media Personality to Stage & Television Darling, Ozzy Agu is totally Nailing it!

All of Nollywood is presently abuzz with the release of the trailer for the long-gestating film, Walking with Shadows. Adapted from the awarding winning 2005 novel by Jude Dibia, Walking with Shadows- which has been selected to play at the 63rd BFI London Film Festival- tells the story of a young man, Adrian (Ozzy Agu) who finds himself tethering close to the brink when he is forced to confront his demons. 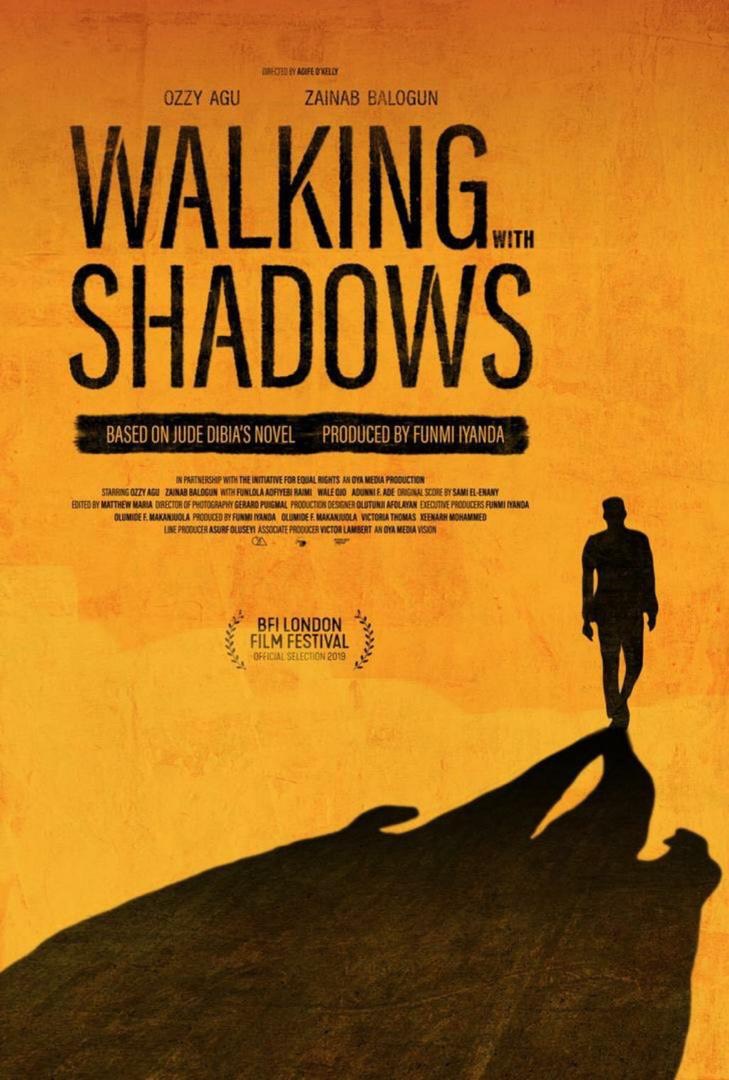 The trailer for Walking with Shadows makes it clear that the movie rests squarely on the performance of Ozzy Agu. It seems like a heavy responsibility considering Agu has not been required to carry a major release feature prior to the Aoife O’Kelly directed drama but if anything, Agu’s career trajectory points to the fact that he has been working towards this moment all along.

For about five years now, Ozzy Agu has been a familiar, regular face on television.

As the co-host of the Africa Magic lifestyle and entertainment show, 53 Extra, Ozzy Agu brings an easy, glamorous presence to the screen that has helped keep viewers glued to the screens and made the programme a perennial favorite.

Easy on the eye, articulate, and blessed with a lot of charm to match, Agu has expanded his presence in the Mnet universe to include a stint hosting the Africa Magic Viewers’ Choice Awards  (AMVCA) nominees ball and guest appearances on television favorites Tinsel and Battleground. Last year Ozzy Agu worked on the sixth season of MTV Shuga and he has played bit parts in films like Banana Island Ghost and Lagos Cougars. More television parts include the short-lived Desperate Housewives Africa as well as Cougars

But the theatre is where Ozzy Agu cut his acting cloth. He left Nigeria to study at the University of Mercer where he graduated with a bachelor’s degree in business administration. Curious about the dramatic arts he took some courses while in college before eventually enrolling at the American Academy of Dramatic Arts where he was privileged to work briefly in the theatre circuit.

Agu returned to Nigeria and for his NYSC posting, he taught acting at Emem Isong’s Royal Arts Academy. While in Lagos, he began to seek out opportunities to deepen his craft. On stage he has played professor Jojoba in the Bolanle Austen-Peters produced Wakaa: The musical and worked with Wole Oguntokun in REDD, an adaptation of the Little Red Riding Hood fairytale.

All of these projects have kept Ozzy Agu booked and busy but this year he appears poised to cross over into serious actor status with appearances in two diverse but critically acclaimed films. First up is Abba Makama’s sophomore effort, the surrealist comedy, The Lost Okoroshi which secured its world premiere at the Toronto International Film Festival (TIFF). Agu plays a leader of a group concerned with preserving the cultural heritage of masquerades.

After Toronto, The Lost Okoroshi is headed next to the London Film Festival where Agu will be in a double bill of films. Walking with Shadows also screens in London for the first time and international audiences are poised to have a feel of what makes Agu such a gifted and dedicated performer.