It’s sad to wake up to news like this.

According to reports, Alton Sterling is the 558th person killed by cops in 2016.

Who is Alton Sterling?

Alton Sterling is a 37-year old black man that was fatally shot and killed by Baton Rouge cops yesterday night in front of a convenience store. He was a father of five and a husband. 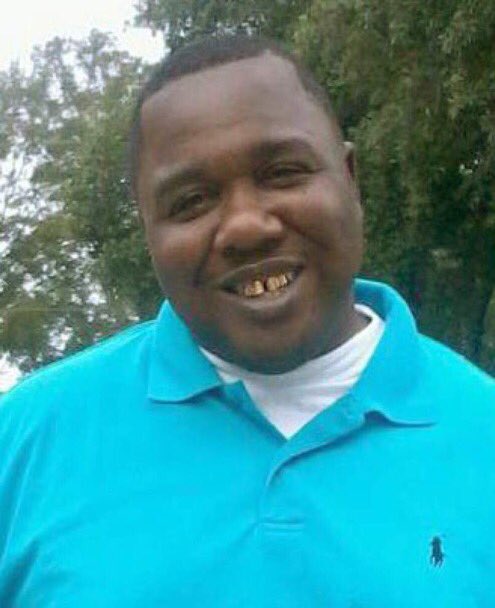 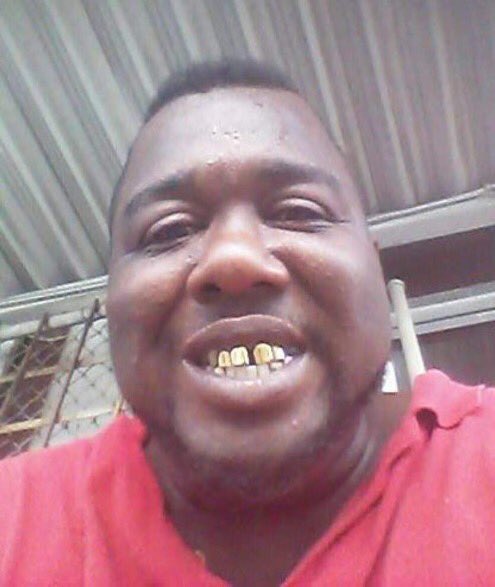 How did he die?

According to reports from USA Today, an autopsy shows Alton Sterling died of multiple gunshot wounds to the chest and back. He was outside the convenience store selling CDs and was confronted by the police. He was fatally shot during the confrontation with the police.

According to reports, officers responded to the store about 12:35 a.m. Tuesday after an anonymous caller suggested a man selling music CDs and wearing a red shirt threatened him with a gun. Two officers responded and had some type of altercation with the man and one officer fatally shot him.

Who were the officers?

The officers have not been identified but both officers have been placed on administrative leave while investigations are going on.

The response from the #BlackLivesMatter community has been huge. There have been several protests following the shooting and things quickly escalated when a video surfaced on social media of the shooting. 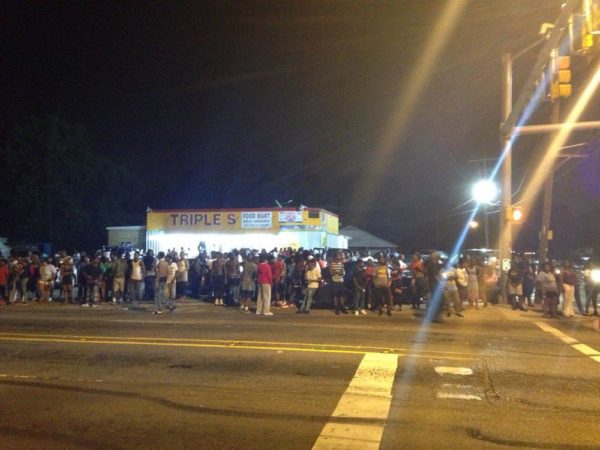 In front of the Triple S Store

Twitter has exploded with people (black and white) calling for justice and transparency in the case.

can you believe one white boy got ARRESTED for killing 9 people in church but a black man got KILLED for selling cds? #AltonSterling

Father of 5, family man, no drugs, no weapons, non violent. Selling cd’s trying to provide for his family Smfh #altonsterling

Legit pointed a gun to the man’s head and pulled the trigger. #AltonSterling

A father of five.
Shot dead for selling cd’s.

Here is the profile page of the officer that shot #altonsterling and murdered him. Why is this not surprising?? pic.twitter.com/s5K9occzRj

There is nothing to describe #AltonSterling‘s murder but execution

On July 5th Black America was reminded that we are not independent. #AltonSterling

The video evidence of #AltonSterling will be seen by some as gruesome. It is an emotional trigger and deeply disturbing that a man who was pinned on the ground can get shot five times. Five times.

#AltonSterling in the video he obviously wasn’t resisting !!!!!!!
& the police wonder why people think all cops are bad cops ??‼️

Just watched the video of #AltonSterling and my heart literally sank. This is truly unreal.

That video truly has me sick. Why wasn’t tasing an option? You already had #AltonSterling on the ground, did you really need a gun?

That video was so heartbreaking.. 2 officers shot him 5 times while they had him pinned on the ground… ON THE GROUND. ? #AltonSterling

I have seen the video of the shooting by Baton Rouge, LA of #AltonSterling. Deeply disturbing and tragic. @Deray has it on his TL.

I foolishly watched the video and all I can do is cry. #AltonSterling https://t.co/AeMa7MhG1R

The visual evidence alone from that video should be enough to give them life in prison. But we know how this story will end. #AltonSterling

#AltonSterling had his 2nd,4th,and 14th Amendment Constitutional rights COMPLETELY violated in the video where he was executed.

If after seeing the tweets you want to watch the video, it is still circulating online.

Related Topics:Alton Sterling
Up Next

Win Big in the #ihaveeventone Challenge!! Wash + Upload And Stand A Chance Of Winning A Brand New Car

Have you Been Trying to Conceive for More than 2 Years? The “BeiBei Haven Foundation” is Here to Help!