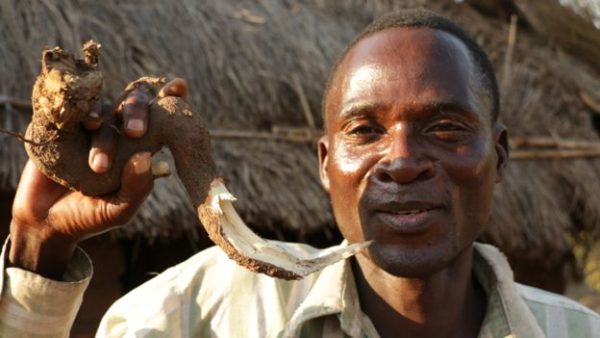 This man, Eric Aniva is being paid between $4 – $7 (between N1,500 and N2,650 using the current black market rate)by parents to sleep with their children in what they call “sexual cleansing”.

They say it is an age long tradition that marks the progression of adolescent girls to womanhood. Also, if a woman loses her husband, she is brought to people like Aniva for cleansing before she can bury him. If women get an abortion, they are brought to him for cleansing too.

Aniva is called “hyena” by the community and he told BBC’s Ed Butler that there are about 10 of them in the community. He says that each community in the Nsanje district has an “hyena”. He says he started the practice in 1985.

He says that it is a traditional title given to a man hired by communities to perform the sexual cleansing rituals.

12-13 year old girls are brought to him immediately after their first menstruation for him to transition them to womanhood.

Three women, Fagisi, Chrissie and Phelia who the report says are in there 50s are responsible for the preparation of the adolescent girls. They organise the girls into camps each year, teaching them about their duties as wives and how to please a man sexually. Finally, the Hyena defiles them to complete their “transition”.

If the girls refuse to play along, it is believed that some disease or fatal misfortune could befall their families or the village as a whole.

“Most of those I have slept with are girls, school-going girls. Some girls are just 12 or 13 years old, but I prefer them older. All these girls find pleasure in having me as their hyena. They actually are proud and tell other people that ‘this man is a real man, he knows how to please a woman’,” Aniva says.

Aniva adds that he has two wives who know what he does for a living. He says he has 5 children that he knows of, stating that he’s not sure how many women and girls he must have gotten pregnant.

One of the girls, speaking to Butler said, “There was nothing else I could have done. I had to do it for the sake of my parents. If I’d refused, my family members could be attacked with diseases – even death – so I was scared.”

Butler challenged Fagisi, Chrissie and Phelia about the practice, saying that instead of “cleansing” the women, Aniva could be spreading disease because the custom demands that the sex must be without condoms. They responded by telling him that men like Aniva are hand-picked for their good morals, and therefore cannot be infected with HIV/AIDS.

But that is not the case, as Aniva confided in Butler that he is actually infected with the virus. He says he’s slept with about 104 women, but Butler believes he’s lost count as that was the same number he gave journalists in 2012. 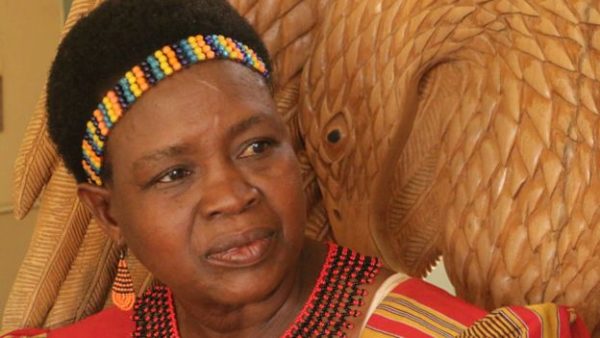 The report states that in Malawi’s central Dedza district, hyenas are only ever used to initiate widows or infertile women. “The Paramount Chief in the District, Theresa Kachindamoto – a rare female figurehead in Malawi – has made the fight against the tradition a personal priority,” Butler said.

“She is trying to galvanise other regional chiefs to make similar efforts. In some other districts, like Mangochi in the east of the country, ceremonies are being adapted to replace sex with a more benign anointing of the girl,” he added.

“I don’t want that to happen. I want this tradition to end. We are forced to sleep with the hyenas. It’s not out of our choice and that I think is so sad for us as women,” she responded when asked if she will allow her 2-year old to be cleansed when she reaches the age.

Aniva too doesn’t want that for his beloved daughter. “Not my daughter. I cannot allow this. Now I am fighting for the end of this malpractice,” he responds to the same question.

11 out of 19 Missing Soldiers & Officers Have Been Found – Army