Father of Electrocuted 14 Year Old speaks out after Tragedy 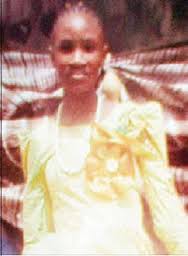 Pastor Ademola Faleke, the father of 14-year-old Deborah, electrocuted at Alakuko, Lagos State on May 21, has urged electricity distribution companies (DISCOs) to upgrade all high-tension wires to forestall recurrence.

Faleke told the News Agency of Nigeria (NAN) in Lagos that most of the installations were made in the 1970s.

Since then, no proper maintenance had been carried out by the previous electricity companies, he said.

NAN reports that on May 21, at about 10 a.m., a high-tension wire fell on Deborah Faleke at Fagbeyiro Street in Alakuko area of Lagos State, which led to her untimely death.

The pastor said that it was unfortunate that his daughter was a victim of decadence in the power sector due to lack of maintenance of high-tension wires by concerned authorities.

“I want to appeal to electricity companies operating in the country to upgrade all high-tension wires and poles.

“It is bad to always allow accidents to happen before rectifying the fault. Most of these wires are old and needed to be upgraded.

“Just after the death of my daughter, officials of Ikeja Electric (IE) came to our area to repair the high-tension wire.

“They removed the old planks and replaced them with iron rods.

“If they can remove all these old planks in all these installations and replace them with iron rods, high-tension wires will stop dropping.

“Our family has not fully recovered from the loss of my daughter, Deborah, who had just finished writing her WAEC when the incident occurred,” he said.

Faleke, however, said that the representatives of IE came to commiserate with the family some days after the incident.

He said that though the case was being handled by his lawyer, the electricity company was still negotiating with the family.

The pastor said that no compensation had been paid by the company.

Idemudia said that DISCOs covered those from 11kva to 33kva.

He added that the company was at present upgrading its equipment and high-tension wires in Mushin and Apapa areas.

He said that more installations would be upgraded after the completion of the ongoing ones.

Calling all Young, Smart Ambitious African Women in the UK! The next stop on the SheHive Tour is LONDON – Hosted by Facebook | August 18th – 21st