Has Seyi Awolowo Proposed to His Girlfriend? Certainly Looks Like It

Glory Abah: Love Doesn't Have to Cost a Thing

Money Matters with Nimi Akinkugbe: Love is In the Air... But Have You Considered Your Financial Future?

Love For All... Valentine's Day For the Economically Disadvantaged 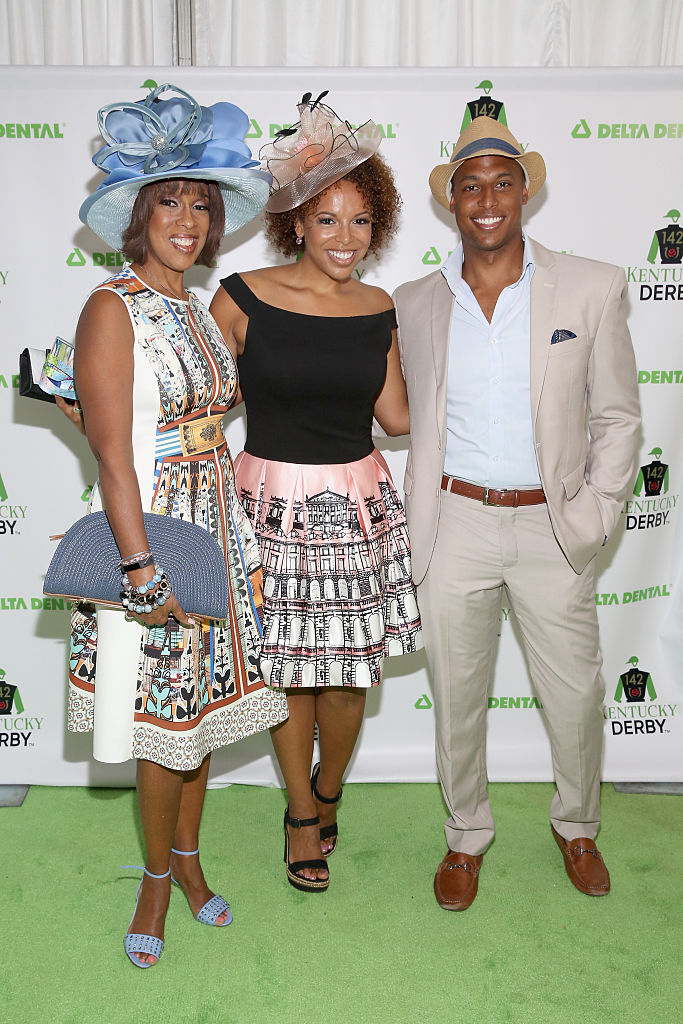 Gayle with her 2 children

Gayle King is known as a media maven and of course as Oprah Winfrey‘s best friend.

In a new Q&A with Vanity Fair for its Proust Questionnaire column, her answer to a certain question raised a lot of eyebrows.

Vanity Fair: Which living person do you most despise?
Gayle King: “Despise” is a strong word. I’m not a huge fan of the woman I caught naked with my now ex-husband on June 24, 1990, at 9:16 P.M.—but I don’t remember the details.

Her ex-husband and father of her 2 children William Bumpus has now responded…with a public apology.
The couple were married for 11 years till 1993. The marriage basically ended after the unfortunate incident.

He released this statement to Page Six;

“I have been haunted with this life altering choice. Though I have dealt with this privately . . . I publicly apologize for the major transgression that dramatically changed all of our lives.”

“I have nothing but the utmost respect for Gayle and how she handled herself with grace. Despite the situation, she kept our children, as well as my relationship and involvement with them, as a clear priority. Gayle was a great wife, an excellent mother and a fantastic co-parent. I am eternally grateful for all that she has done and continues to do to enrich my life and the lives of our incredible adult children. I continue to be a work in progress and have spent the last 26 years striving to be a better man and father. I applaud Gayle’s continued phenomenal success and friendship!”

Gayle has refused to publicly name the other woman. She simply said “She knows her name!”

Related Topics:Gayle King
Up Next