Omarion and his longtime girlfriend Apryl Jones have both confirmed that their relationship has come to a mutual end.

Apryl went on Twitter and Snapchat to announce the split while Omarion went on Instagram to confirm the split. 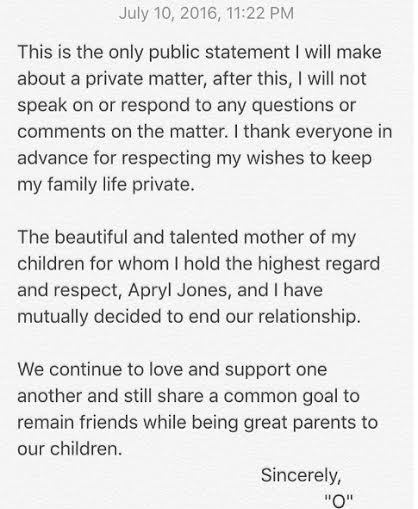 The couple have two children together and they have been together since 2012.

Mina Martins: When Yes Means No – Coercive Sex Is A Form Of Rape & It Is Just As Wrong