EME Singer & Label Boss Banky W has had enough of ladies sending messages to him, claiming they had a revelation that he is their ‘Husband’. 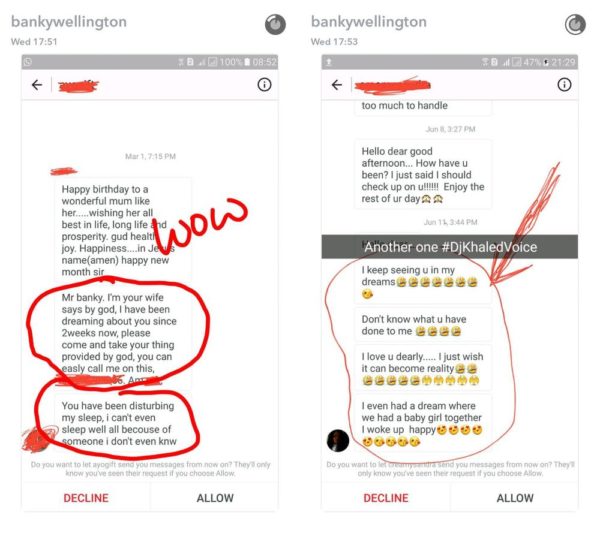 Here’s what he also said:

“If God tells you that somebody is your husband or wife, then let God tell that person too. Don’t be the person to speak for God, let God speak for himself. Recently I’ve been getting of lot of people saying “God said You’re my husband, God said I’m your wife”.. It’s a lie. Because God told me nothing about you. God needs to tell me himself.”

On a final note, he added:

“Also can we please chill/stop with the marriage shaming? Can we stop with the pressure on people. It’s enough, abeg. Single People – The same people who are putting pressure on you to marry will be the same talking about you and mocking you if the marriage does not work out. Don’t rush for anybody. Do it at the right time for you with the right person for you and everything will hopefully work out, by God’s grace.”

He then went on to list a number of unmarried successful people.

Related Topics:Banky W
Up Next