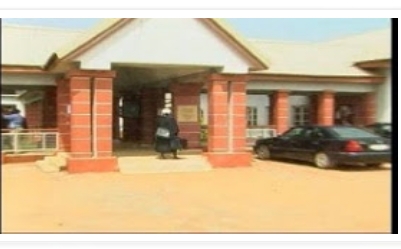 A Benin High Court on Monday sentenced three people to death by hanging over the murder of a two-year -old girl.

The convicts, Betty Stephen, the stepmother, and the two teachers –  Johnson Ogbeide and Nancy Aiwuyor, committed the offence on Feb.24, 2009, at Erhiborhibo village, Orhionmwon Local Government Area of Edo.

The judge, Justice Geraldine Imadegbelo, in judgment said that the prosecution has proved its case beyond reasonable doubt.

She said that the prosecution proved that the stepmother, gave the two-year-old girl to Ogbeide, who in turn handed over the baby to his colleague, Aiwuyor, to be sold for ritual purposes.

Reviewing evidence, the judge said that the child was left in the custody of her stepmother by her parents and went to farm on the day the child was killed

“When the victim’s parents returned, they could not find the child, only for the stepmother to confess that she had stolen the child with the two other convicts,” she said.

The trial judge also said that the prosecution established that the victim was sold for N1.5 million, her nine fingers cut off, her hair shaved as directed for the ritual.

“Seven years after the victim disappeared in the hands of the convicts without being found, the court was safe to hold that the child was dead.

The acts of the 1st, 2nd and 3rd accused persons which caused the death of the deceased were unlawful.” Imadegbelo said.

The court also sentenced the convicts to 14- year jail term each for the offence of child stealing.

Ready for Rio! President Buhari participates in the Formal Handing over of RIO 2016 Olympic Games delegation