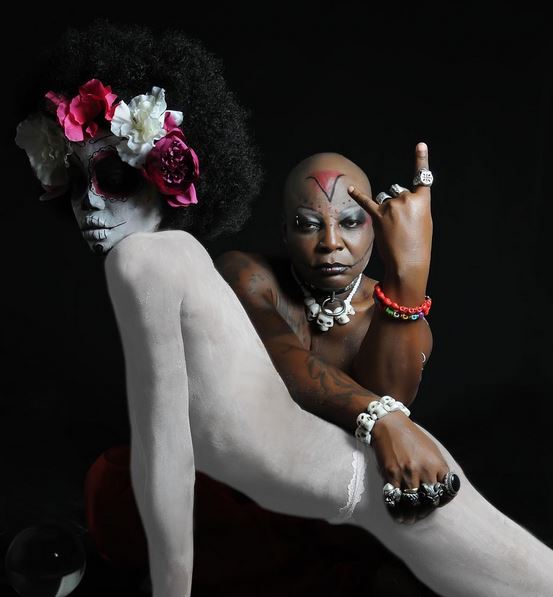 Charly Boy has released new photos of himself and his “virgins”, a group of ladies he says help him communicate with the spirit of the dead.

He posted the photos and in one caption he wrote “My Virgins help me communicate with all my dearly departed. They can translate the message of the dead.” 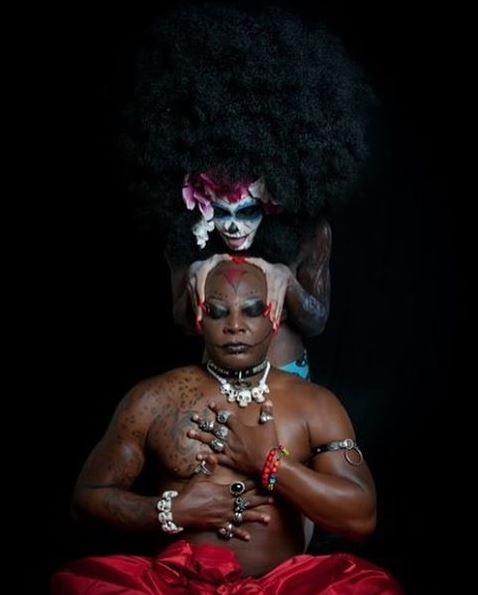 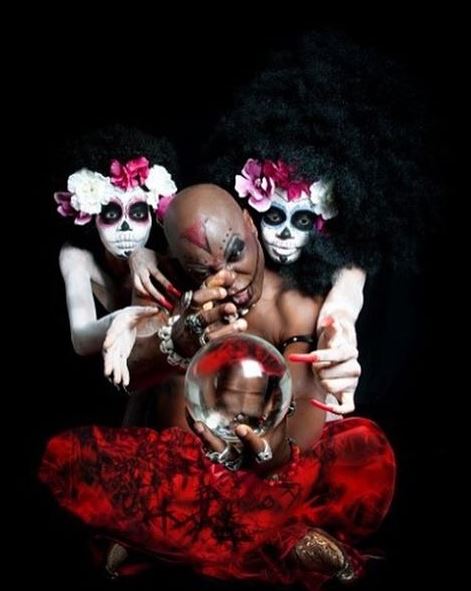 He then went on to write about the fact that he has four personalities living in his body and how he keeps on re-inventing himself which is why he will never grow old or run out of steam.

Do you feel like you transform, going from one element of your character to another one?

There are four personalities that dwell in this body. Charles Emeka Oputa, the guy you’re having this conversation with. The phenomenon you know as CharlyBoy, Linda my feminine alter ego and Odudubariba the spiritual warrior.

I keep reinventing myself as I keep circumventing, even though I have taken a beating from foes, the Nigerian army, the police etc etc. I have kept on ticking because my words and ways have inspired millions of youths to be themselves to never allow anybody kill their dreams. Because of me, many Naija youths never gave up on themselves or their dream. I have been teaching them, how to keep it real. And I have shown them that they can’t afford to compromise their dream bcos some idiot doesn’t get it. Yes, I will forever keep transforming because am a student of life. As long as I have my young exceptional youths as my friend I will never run out of steam, I will never grow old. I will always be a Boy at heart. Charly Boy is a vitality brand. The rest is drama, welcome to my world. F**k the rest.