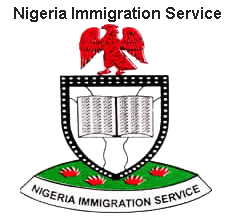 The Nigeria Immigration Service (NIS) on Tuesday insisted that it would go ahead with the re-screening of the 2,000 dismissed immigration recruits, in spite of their continued protest.

The Service spokesperson, Ekpedeme King, said this in an interview with the News Agency of Nigeria (NAN) in Abuja.

NAN reports that‎ the recruits had intensified protests in Abuja following moves by the NIS to re-screen them before giving them any employment.

King said that screening of the dismissed “applicants” whose names were earlier published in newspapers would take place as scheduled at the NIS Headquarters, Abuja, from August 29 to September 4.

He explained that the proposed ‎ background checks on the “applicants” which included security clearance, drug test, certificate verification and age on rank were mandatory before any employment into the NIS.

“The background checks are a normal practice globally when recruiting personnel into military and paramilitary agencies. Let me say that failure to submit oneself for screening would be regarded as withdrawal of interest in the recruitment exercise,” he said.

He said that the exercise was not a fresh recruitment and urged members of the public not to forward any employment application to the NIS.

‎NAN reports that the 2,000 dismissed recruits had been protesting at the National Assembly and the Ministry of Interior since 2015 for their reinstatement.

Their protest, however, took a different dimension on Monday when they joined ‎ members of the Bring Back our Girls (BBOG) movement to march to the presidential villa to demand their reinstatement.

NAN reports that they were employed by a Presidential Committee set up by former President, Goodluck Jonathan in 2015 following the tragedy that marred the March 2014 recruitment exercise.

Many candidates died and others sustained injuries during the recruitment exercise.