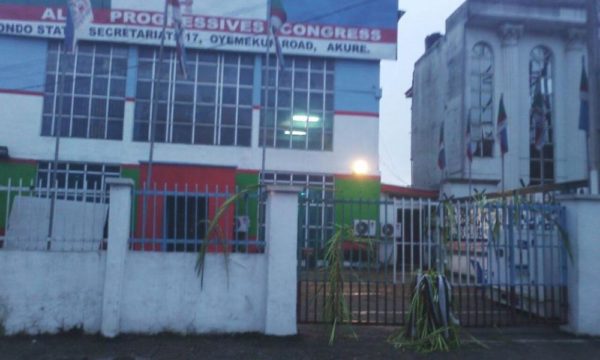 According to DAILY POST, palm fronds and charms were used to erect Ogun shrine at the entrance gate to the office.

This is a follow-up to the crisis rocking the party as it prepares for its primaries ahead of the gubernatorial election in the state.

Some aggrieved party members led by Barrister Tolu Babaleye and Hon. Saka Yusuf Ogunleye, two weeks ago, locked up the party secretariat preventing the party chairman in the state, Hon. Isaac Kekemeke, from entering the office.

The aggrieved members were protesting against the alleged plan by one of the party’s National Leaders, Bola Tinubu to impose one Segun Abraham as the party’s guber candidate.

The case was reported at a police station in Akure

Speaking after the incident, the Ondo Police Public Relations Officer, Femi Joseph, said officers of the command did not find the persons that put the charms there.

“We have not arrested anybody over the incident but we have started our investigation in the matter,” he said. 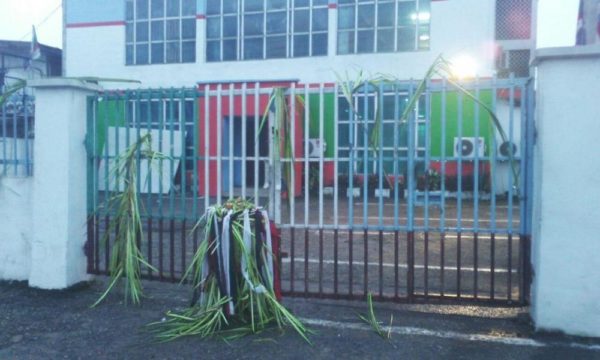